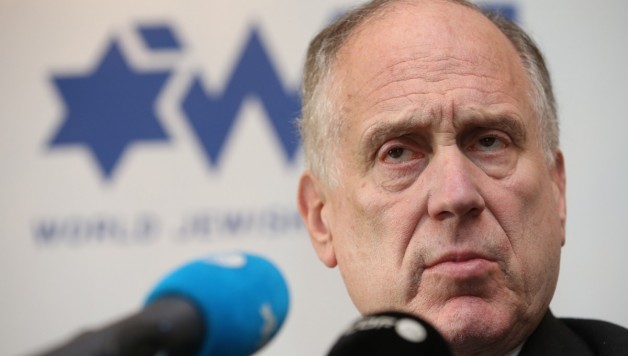 “When someone says they are not antisemitic — they are only anti-Israel – that is a lie,” the president of the World Jewish Congress said on Tuesday night.

Ronald S. Lauder made this assertion in a speech he delivered at the King David Hotel in Jerusalem, where he received the Guardian of Zion award from the Ingeborg Rennert Center for Jerusalem Studies at Bar-Ilan University.

Addressing the approximately 200-strong audience of movers, shakers and Israeli academics, Lauder — the 20th recipient of the annual award – spoke about the increasingly unabashed expressions of antisemitism and Israel-hatred “not just from the far-Right, but from the far-Left.”

Whereas in the past, he said, Jews were to blame for all ills, “According to today’s antisemites, whatever is wrong in the world, Israel is at fault.” This, he added, “is no longer a fringe element of society,” and “when you hold Israel to a different standard, when you lie about Israel, its past and its present and its people — and when you want Israel to disappear — that makes you an antisemite… pure and simple.”

Lauder, who will be donating his $100,000 award money to the World Jewish Congress, said of his organization that though “it is not a global economic power like Israel, we have tremendous political clout and we are not afraid to use it.”

One example he gave of the influence he and the WJC can have is on campus. Universities, he said, have many Jewish donors. And whenever a college tolerates antisemitism in its ranks, these donors can be told to freeze the money they give to their alma maters.

The applause to which Lauder was greeted throughout his talk became muted – and even interrupted by some hushed booing — when he said, “We cannot move forward with the status quo. There will be more terror, and that is no way to live. The one thing I have come to believe is that a valid, viable and real two-state solution will give Israel the protection it deserves.”

However, he added, “I am fully aware of all the problems on the [Palestinian] side. I am not blind. This must be negotiated with clear eyes. I’m not even talking about peace. Peace will take time. What we seek is an end of conflict.”