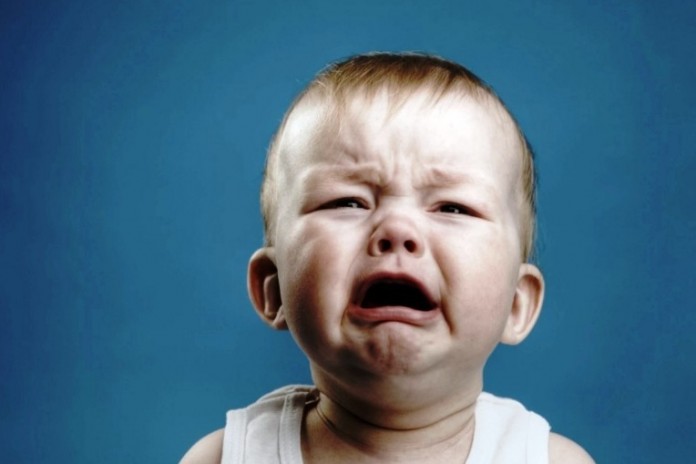 Sometimes scientific studies reaffirm things we already knew based on good ol’ common sense. You can look at those studies and be all, “Ugh, lol, duh, #wasteofmoney,” or you can say, “Wow, huh, I guess maybe now we can try to get to the root of all these human experiences we take for granted.”

This is one of those studies.

In other words, anticipating pain – or anything bad, really – that may or may not happen, no matter what you do, feels really, really awful. If you’ve ever waited for the other shoe to drop in any circumstance – getting scary medical test results or waiting for a meeting where you think you might get fired, just to name a couple of examples – you know that uncertainty is stressful.

“When applying for a job, you’ll probably feel more relaxed if you think it’s a long shot or if you’re confident that it’s in the bag,” co-author Robb Rutledge said in a statement.

To test that effect, researchers from University College London created a computer game in which players had to turn over rocks – some of which hid snakes. When a snake was uncovered, the player received a small shock (in addition to, you know, the shock of a snake being there). The game was rigged so that players could start to guess or even know for sure which rocks had snakes under them, but the probability rules could be reshuffled periodically to make things totally mysterious again. They had to “maintain and update their beliefs about the probability of a snake being under either rock” over the course of the 320 rock turnovers, the authors report, but there was enough of a system that they guessed correctly 68 percent of the time, on average.

Meanwhile, scientists used measures of stress, such as pupil size and sweat, to keep tabs on the subjects.

“Using our model we could predict how stressed our subjects would be not just from whether they got shocks but how much uncertainty they had about those shocks,” lead author Archy de Berker said in a statement. “Our experiment allows us to draw conclusions about the effect of uncertainty on stress. It turns out that it’s much worse not knowing you are going to get a shock than knowing you definitely will or won’t. We saw exactly the same effects in our physiological measures – people sweat more and their pupils get bigger when they are more uncertain.”

The study was small – just 45 people participated – but the researchers think this is the first quantified measurement of how increased uncertainty could amplify stress.

They also noted that participants who reported more life stress in their pretest questionnaire seemed more jittery during the same trials. “This suggests that people who report higher levels of life stress behave as if they believe that the environment is more uncertain, indicating that chronic stress levels may be affected by prior exposure to environments of high uncertainty,” the study states.

The researchers think that the connection between stress and uncertainty can tell us something about the evolutionary origin of human anxiety: “Appropriate stress responses might be useful for learning about uncertain, dangerous things in the environment,” senior author Sven Bestmann said in a statement.

In other words, it’s probably pretty good for the species if flipping over rocks that may or may not hide snakes is a little bit nerve-wracking.