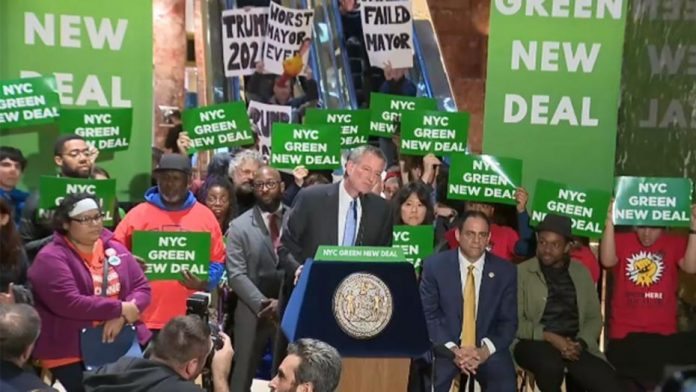 Mayor Bill de Blasio grew hoarse shouting over the cranked-up crooning of Frank Sinatra tunes playing in the Trump Tower lobby as he tried to promote his “Green New Deal.”

Trump supporters joined in the noise heckling the mayor with a steady stream of “Boos” and “You s—ks” as he tried to shout over the din.

“Worst mayor ever,” read one sign held by a protester as the mayor rode up and down an escalator.