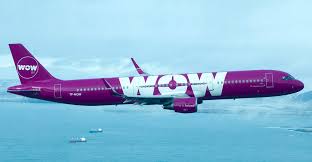 WOW air announced this morning that it will launch a new flight route from Israel to Iceland, offering passengers the option to continue from Reykjavik to America for an affordable price. According to the low-cost airline, passengers who want to travel from Tel Aviv to New York will pay only $149 for a one-way ticket starting September.

The flight time from Israel to Iceland is five hours. The flight time from Iceland to New York is 7.5 hours. According to the CEO’s announcement, seven flights from Israel’s Ben-Gurion Airport will leave at 8:25 AM and the connecting flights to New York will depart at 3:00 PM after an hour and a half layover in Iceland. Read more at Jerusalem Online.