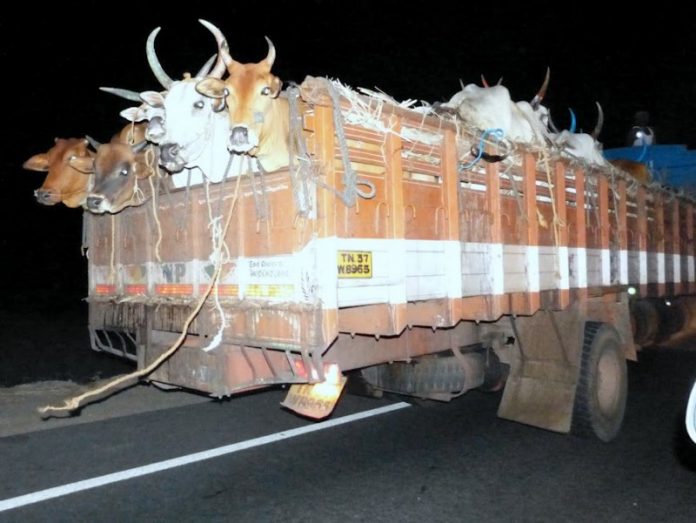 Yad Vashem has attacked an animal rights campaign against the import of live animals that compared slaughtered animals to Holocaust victims and used slogans such as, “Enough with Death Transports.”

“Yad Vashem rejects comparisons to the Holocaust in protests of this kind with disgust, no matter how just the cause,” Yad Vashem announced. “Yad Vashem wishes to emphasize that a wish to arouse provocation does not justify cheapening the memory of the Holocaust and hurting public feeling in general and survivors’ feelings in particular.”

In another campaign opposing the consumption of meat altogether, a thousand members of Israel’s Animal Liberation Front marched through central Tel Aviv with placards equalizing human and animal pain. Slogans on the signs stated: “Meat is not food, it is someone else’s body,” “Fish also feel pain,” “Eggs are murder,” and, “Your food had a face.”

“We’re talking about one million murder victims every day, just in Israel, that are not even considered victims,” Tal Gilboa, one of the group’s founders told Haaretz.

About five percent of Israelis are vegans, one of the highest rates worldwide. Even the IDF provides special vegan meals after soldiers protested in 2014.