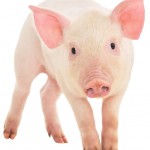 Chazer. That’s the latest epithet thrown the way of the frum community who don’t like us very much.

The comment came following an election on two referendums about the Town of Ramapo’s future.

Pearlman posted the comments in tweets released after polls closed last Tuesday in response to a story by the Rockland Star.