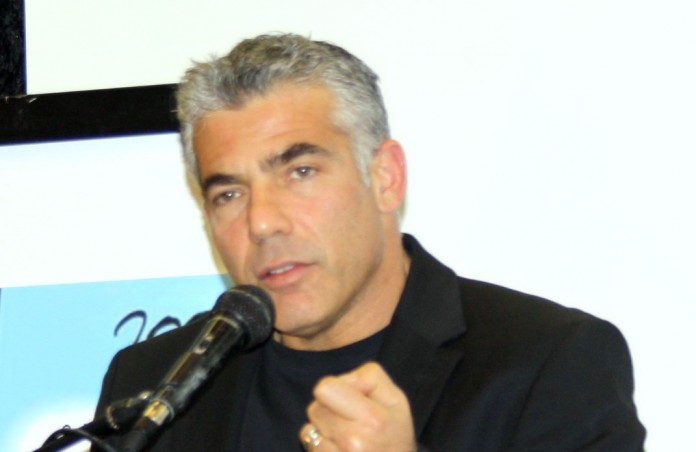 The United Nations takes American money, resources and support and uses them for a propaganda campaign to further the annihilation of the Jewish state, an Israeli parliamentarian said on Monday, the Hebrew news site NRG reported.

MK Yair Lapid, chairman of the centrist Yesh Atid party, made this statement at the second annual “Towards a New Law of War” conference in Yerushalayim, sponsored by Shurat HaDin-The Israel Law Center.

Calling for a halt in the flow of money into the international body, Lapid said, “The United States funds 22 percent of the UN’s budget. In fact, six countries – the US, Japan, France, the UK, Italy and Germany – fund more than 65% of the organization’s budget.”

According to Lapid, “The UN has lost it where Israel is concerned. It has lost its credibility, its healthy logic and its most important asset – integrity.”

The UN Human Rights Council’s attitude towards Israel, he said, long ago left legitimate criticism behind and entered the realm of “disturbing obsession.” Over the past 10 years, he added, “the UNHRC passed 61 resolutions condemning human rights abuses across the entire world, and 67 resolutions condemning Israel alone.”

This, he claimed, “is not a mistake. Instead of defending freedom, democracy, liberal values and world peace, some of the UN’s branches do the exact opposite. They have become abetters of Islamic fundamentalism and agents of terrorist organizations, like Hamas and Hezbollah.”

There is no reason, he argued, “for the US and other democratic countries to agree to finance this. During my last visit to Washington, I spoke about this with members of the Senate and House, both Democrats and Republicans, and all agreed that the situation is intolerable. The American taxpayer must refuse to spend his money on such things. It is not for this that he works so hard and pays taxes. When I talked to a top American diplomat at the UN, however, he claimed that it is preferable to exact change from within.”

Lapid then turned his attention to Iran, saying that it is “the only member of the UN that openly declares that its goal is to completely wipe out another member state, Israel. It goes without saying that the UN never demanded that Iran retract this statement.”

Nor, he added, “has anybody spoken about Israel’s being a flourishing democracy that represents the values on which the UN was established.”

Lapid also attacked other UN bodies, such as the World Health Organization and UNRWA, and concluded his lecture by addressing the leaders of the free world.

“We have missed the deadline,” he said. “Israel’s haters and the haters of democracy have beat us to the finish line and have changed the UN from within. The organization that preached justice and equality has fallen prey to a hostile takeover. If democratic countries abandon Israel, they will be the next in line.”