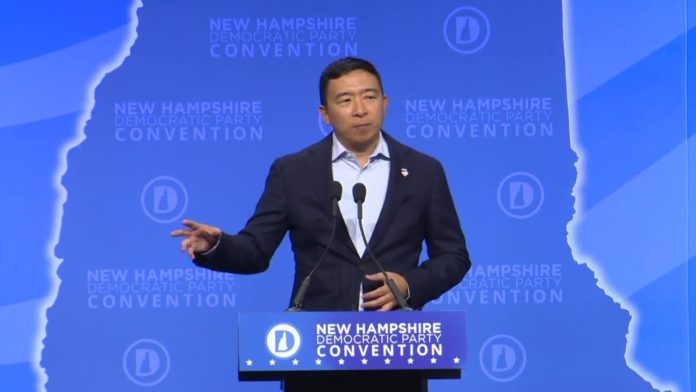 Democratic presidential candidate Andrew Yang will reportedly announce a $120,000 giveaway during Thursday night’s primary debate — a move that he left as a surprise but said would be “unprecedented,” Politico reports.

Yang’s campaign will randomly select 10 families for the giveaway and award them a total of $120,000 over the next year, with each family getting $1,000 per month, as the team pilots a program for the White House hopeful’s universal basic income proposal, according to Politico.

Yang — who, in recent weeks, has been getting more attention and has seen higher polling numbers — has centered his campaign around a promise to give every American adult $1,000 a month, a version of universal basic income, and has defended the proposal as a response to rising automation, which he argues will continue to displace thousands of jobs.