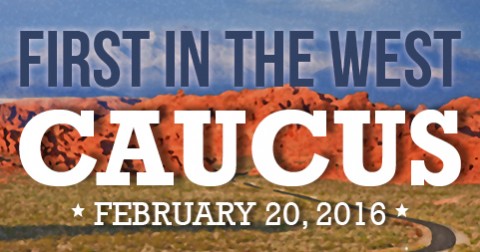 Well, no one told the Nevada State Democrat Party, which has planned the Nevada Democrat caucuses for Shabbos, February 20, at 11 a.m. PST.

Holding the caucuses on Shabbos, during the day, makes it problematic for frum Jews to participate.

It should be noted that Nevada electoral law requires in-person attendance to participate in the caucuses and there are no absentee ballot provisions.

Someone has, thankfully, spoken out about this Shabbos issue.

Jolie Brislin, Nevada regional director of the ADL, said, “We are dismayed to learn that no religious accommodation will be made for those Democratic caucus members who celebrate the Sabbath on Saturday and, therefore, are unable to participate in this key component of the election process. As an organization committed to safe-guarding religious freedom, we feel it is patently unfair to exclude someone from the caucus process because they are religiously observant. We urge the party leadership to reconsider this decision.”

Laura Goldman, writing for the Huffington Post, states that the Nevada State Democratic Party justified the choice of a Shabbos date by saying it was the most convenient time for the majority of Nevadans. Stewart Boss, the Nevada State Democratic Party spokesman, told the Las Vegas Review- Journal, “Saturday at 11 a.m. is the best time to increase access as much as possible for Democrats across Nevada to participate in our First in the West caucuses. Keeping this date is critical to preserving our early-state status in the presidential nominating calendar.”

The Review-Journal, owned by Sheldon Adelson, was the first to report the problematic Shabbos date.

Rabbi Shea Harlig, executive director of the Chabad of Southern Nevada, said, “I am disappointed in the Democratic Party for their lack of sensitivity in scheduling their caucus on a Saturday which will exclude Sabbath observant people from participating. Four years ago when the Republican Party scheduled their caucus for a Saturday, after realizing their mistake, they scheduled a special caucus for Saturday night for all Sabbath observant people. I hope the Democratic Party will do it as well.”