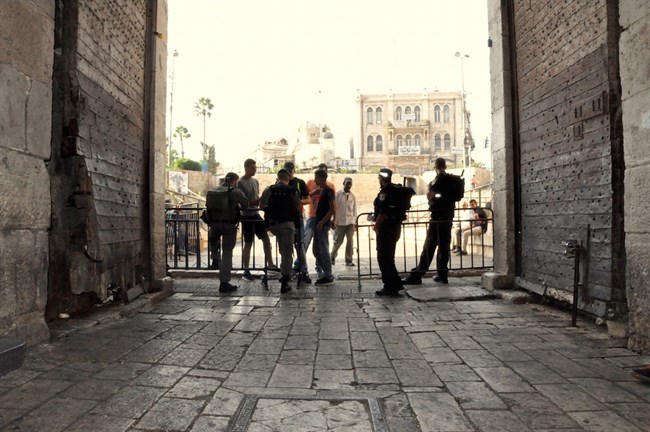 Maan reports that the FPA said bureau chief William Booth and West Bank correspondent Sufian Taha were detained while interviewing Palestinian and Jewish residents of Yerushalayim at Shaar Shechem outside the Old City of Yerushalayim.

Booth and Taha were interviewing high-school students under a tree when Israeli border police “waved the two journalists over and asked them for their IDs,” the FPA said in a statement.

“They presented their Government Press Office cards as identification, but these were waved away and they were asked for official identity documents.

“Although the journalists made it very clear that they were reporting a story for the Washington Post, police took them to a nearby police station, where they were held for about 40 minutes, then released.”

The FPA added that when the two journalists asked why they had been detained, “police said they had suspected the journalists of ‘inciting’ Palestinians.”

Maan reported that Israeli police spokesperson Micky Rosenfeld confirmed the two journalists had been taken aside and questioned by Israeli police officers before they were released. He did not provide any further details, although he said “security measures” were in place around Shaar Sechem following a series of recent Palestinian terror attacks there.

The FPA added that it “protests this absurd accusation against a respected international news outlet, as well as the detention, however brief, of an accredited foreign journalist and his Palestinian colleague.”