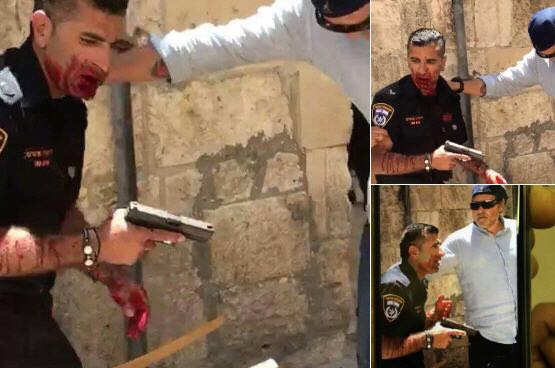 >>Follow Matzav On Whatsapp!<<
A policeman was injured Shabbos during a stabbing attack in the Old City. Two Charedim who passed on their way to pray at the Kosel, helped neutralize the terrorist and save the life of the policeman.
According to reports, the 57 year-old Jordanian citizen stabbed the off duty cop several times. Despite being stabbed, the officer managed to retrieve his weapon and open fire on the attacker. It was at this point the two men arrived at the scene, helping neutralize the terrorist. The policeman was moderately wounded and taken to hospital.
“The two men took charge immediately – one tackled the terrorist and held him to the floor until the arrival of police. He was slightly wounded in the hand as a result of the knife,” an eyewitness described.
“The other man saved the office using a cloth that was in his possession he blocked the bleeding neck. This is a real miracle, never encountered such courage of young guys now.”
{Matzav}