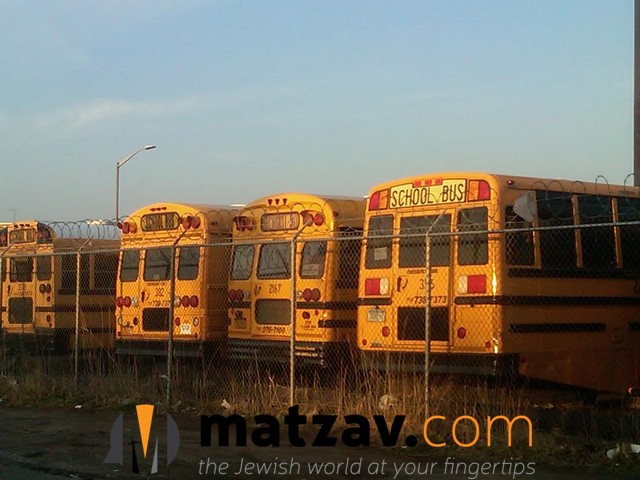 In recent weeks, the distortions and misinformation about the education our yeshivas provide to our students has grown exponentially. The absurdity hit a new high two weeks ago, when David Bloomfield argued here that Mayor de Blasio and other elected officials could face arrest over the issue.

Two years ago, a former yeshiva student sent a short letter to the City’s Department of Education alleging that some thirty yeshivas did not offer any secular studies or any instruction in English. This, he said, ran afoul of a state requirement that private schools provide “substantially equivalency of instruction” to its students.

Yeshivas are religious schools whose goals and philosophy differs from public schools – and from one another. Bloomfield has spent much of his career at public institutions, so it is not surprising that he has some fundamental misunderstanding of yeshivas. There are more than 275 yeshivas in this city and they are as different from one another as they are similar.

Our yeshivas educate more than 110,000 students annually, and so it is also not surprising that some graduates are disaffected critics. But if Bloomfield is to be taken seriously, he can’t analyze by anecdote or use his lack of knowledge about our schools to spread innuendo.

Bloomfield probably teaches no more than several dozen students a year, yet I’m sure he wouldn’t think it fair to be judged by those who thought his class was a waste of time. Yet Bloomfield has no problem judging a system of 275 independent schools with more than 100,000 students by a handful of dissatisfied alumni.

These critics released a deeply flawed, though widely-quoted, report asserting that our students aren’t learning, and that our graduates aren’t prepared for the workforce. Few if any of those who have cited the report have looked at it closely. If they did, they would realize that its methodology is more Survey Monkey than scholarship – it was based on a survey completed by 50 supposed yeshiva graduates who are Facebook friends with the author of the complaint letter to the City.

The report’s distortions were insulting to the thousands of families who send their children to yeshivas each day. We are enormously proud of the education our yeshivas provide. Our students attend school for 12 hours every day – a strikingly longer school day than that required by most other districts. Yes, much of the day is devoted to study of Jewish law, consistent with a tradition stretching back a century. But our classrooms are filled with intellectual debate and academic rigor more common to colleges than middle schools. Our students are taught to analyze facts, debate ideas, challenge assumptions and think critically. Our attendance and graduation rates exceed those of the public schools. Our graduates are integral to the fabric of our city’s economic life.

While Bloomfield is quick to reach snap conclusions about the Mayor and yeshivas, he has much less to say about the performance of public school students. Let’s start with English Language Learners – those students for whom English is not the first language, similar to many Chasidic school students – in Brooklyn public schools. Bloomfield focuses on the performance of ELLs in Chasidic yeshivas but has nothing to say about the proficiency of ELLs in proximate public schools. That’s a shame, because the  performance results of ELLs on State mandated tests for Districts 14 and 20 – where the vast majority of the yeshivas subject to the original complaint are located – are depressing. For most subjects and grade, the proficiency rate is in the single digits. Substantial equivalence indeed!

Yeshivas can surely improve, but ultimately parents must have the right to choose how their children are educated. Every year, thousands of parents choose to send their children to yeshivas both for their unique curriculum and to avoid the failures of a public school system about which they have no desire to be “substantially equivalent” to.

It is far easier to criticize than to understand. If critics want to be taken seriously by the institutions they hope to impact, they need to demonstrate a deeper understanding of the values that have helped yeshivas thrive, and they must refrain from defining a multi-faceted system of 275 schools and 100,000 students by what they perceive to be the weakest few schools and students.

Avi Greenstein is the Executive Director of the Boro Park Jewish Community Council, a member of the executive committee of PEARLS, and a former principal at Yeshiva Imrei Yosef.