Lakewood, NJ – Yeshiva Nesivos Ohr/Yishrei Lev, a boys elementary school in Lakewood, will be shutting its doors, leaving some 150 students without a school for the coming year. With school set to begin in a matter of weeks, the decision to shutter the mosad has left many parents in a bind.

It was just six years ago that Nesivos Ohr celebrated the chanukas habayis of its new building.

The school’s building is located on Oberlin Avenue South, off of Vassar Avenue, in Lakewood’s Industrial Park.

The school was first founded by veteran mechanech Rabbi Shalom Storch, who served as menahel. After nearly thirty years in chinuch, Rabbi Storch developed a successful approach to chinuch that became the guiding force of Yeshiva Nesivos Ohr, which earned a sterling reputation.

Also formerly of the yeshiva is Rabbi Shea Ryback, who served as segan menahel. Rabbi Ryback is well known for his work for Torah Umesorah.

In 2008, the yeshiva welcomed Rabbi Yaakov Landesman as co-menahel of the yeshiva. The former menahel of Mirrer Yeshiva also served as s’gan menahel in Yeshiva Torah Vodaas and menahel of Yeshiva Tiferes Moshe of Queens before joining Nesivos Ohr.

In 2010, the school was taken over by Rabbi Yisroel Levovitz, who served as executive director, and Rabbi Osher Levovits, who served as menahel. At that time, the 220-student school was renamed Yeshivah Yishrei Lev

Just two years ago, expansion plans were drawn up for the yeshiva, as it expanded by opening registration for the 5770 school year with two parallel primary classes.

Despite its sterling reputation and handpicked talented staff, the yeshiva struggled financially the last few years, and a group of parents worked valiantly to ensure the viability of the mosad. They were unsuccessful, however.

“Over the last six months, we worked to do what we could to keep the yeshiva‘s dream alive,” wrote a group of dedicated parents in a letter to fellow parents of the school. “We have been aided enormously by numerous extraordinary askonim. However, the deficit has proven too large, and we were unable to find an appropriate individual to lead the yeshiva to success in the coming years.”

The parents expressed their hakoras hatov to each menahel, rebbi, teacher and office staff member for their dedication.
It is hoped that local mosdos, many of which are already filled to the brink, will be able to step in and enroll the students who have been left stranded by the closure of this exceptional school. Parents of the school and askonim are indeed working to ensure that all boys are placed in a timely and painless manner. 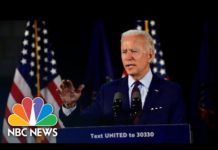