We all live with daily siyata diShmaya, but sometimes the Yad Hashem is so blatant and obvious to us that we can hardly attribute any of our success to our own efforts. That is the case at Yeshiva Zichron Leyma of Union, NJ. The yeshiva was founded in 1998 by Rav Eliezer Ginsburg and his brother-in-law, Rav Gershon Neumann. Over the years, the two have fostered an extraordinary partnership in harbotzas haTorah.  Rav Neumann gives the daily blatt shiur and is always on hand in the yeshiva, while Rav Ginsburg delivers weekly divrei chizuk and a weekly chaburah on various topics throughout the zeman.

For many years, the yeshiva was located in Linden, NJ, experiencing a tremendous measure of success and growth. Many choshuve bnei Torah attribute their accomplishments in Torah and yiras Shomayim to their years well spent at the yeshiva, and continue to maintain their connection with the yeshiva and the rabbeim. To them, the yeshiva is much more than just an affiliation. The yeshiva is their home, and they truly consider the rosh yeshiva a father to them.

Although the years spent in Linden were very special, in 2015 the roshei yeshiva concluded that, for the sake of the bochurim, a better location was necessary. Only two uncertainties remained:  Where and how? The yeshiva had already invested so much capital in dormitories and building improvements, not to mention time and effort. A move at this point seemed to be a mountain too steep to climb.

Enter Rabbi Block, a rov in nearby Westfield, NJ. Rabbi Block was a chiyuv and would frequent the yeshiva to daven and say Kaddish. Being well connected through his kiruv and outreach programs throughout the surrounding area, Rabbi Block heard that Congregation Bnei Ahavath Shalom in Union, NJ, was declining in membership. “Is that Union City?” you wonder. No, Union is a town located between Springfield and Elizabeth. At one point in time, Union had two shuls, with Ahavath Shalom boasting 400 congregants. The few remaining members were now faced with a dilemma. They had a love for their shul and tremendous respect for its founders. They also had a passion for Yiddishkeit and Torah in general. They found it very hard to look on as the neighboring shul on Morris Avenue was sold to a mosque.

At a board meeting, a proposal was set forth for the yeshiva to purchase both the shul and the rabbi’s two-story home to be used as a dormitory. Rabbi Neumann looked around the building in awe and appreciation of what the previous generation had left behind. The building’s walls were lined with plaques honoring the deceased members who had worked hard to establish the shul. He posed a question to the committee: What would these founding fathers vote for if they had the opportunity at this time? Wouldn’t they opt to have the yeshiva revitalize this place and make it a makom Torah? Wouldn’t they love to have words of Torah and sounds of tefillah reverberate inside the building they built, so that their neshamos can continue to have an aliyah?

Yes, it was a no-brainer to the members of the board, and they unanimously agreed to sell the buildings to the yeshiva, and at an even lower price than the yeshiva had offered. For the yeshiva, the opportunity was too good to pass up, and the roshei yeshiva agreed to purchase the buildings.

This was far from a simple decision and many uncertainties remained. Would the yeshiva be able to raise the amount of money needed for the purchase and renovations? Would the zoning board approve a variance for use of these buildings?  Would this middle class neighborhood be enthusiastic about a yeshiva relocating in its midst?

With bitachon, they proceeded, and the Ribono Shel Olam pulled them through every step of the way. 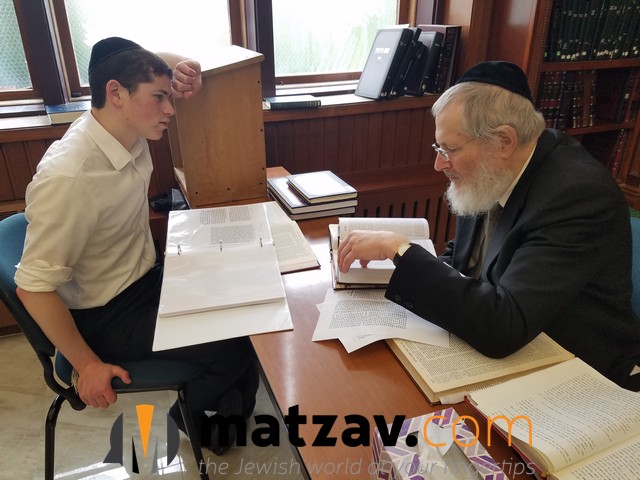 Rav Ginsburg placed a few photographs of the building in his pocket to show to prospective donors. At his very first meeting for the cause, one kind philanthropist was so excited about the “deal” that he offered to cover the cost of the entire purchase by himself. With similar siyata diShmaya, the yeshiva’s longtime friend and benefactor, R’ Simcha Braun, offered to dedicate the bais medrash renovation l’illui nishmas his father, R’ Yeshya Braun z”l.

Again, Yad Hashem was noticeably present when the zoning board unanimously approved the variance. The meetings were a tremendous kiddush Hashem, as they graciously and warmly accepted the yeshiva.

Another aspect of siyata diShmaya worthy of note was the acquisition of the rosh yeshiva’s own residence in Union. Sandwiched between the shul’s two buildings is a small home that was owned and occupied for many years by a non-Jewish woman. The shul had offered to buy this home from her on many occasions, to no avail. From the time the yeshiva took possession of the shul’s buildings, the rosh yeshiva was careful to always be genuinely friendly and kind to the new neighbor, but never mentioned anything about her home. With only months left to the yeshiva’s scheduled relocation, the woman decided to move to an assisted living home and asked the rosh yeshiva to buy her house. This enabled the rosh yeshiva to live on campus, a tremendous benefit for the bochurim.

The construction and renovation were a joint effort of some very dedicated and devoted alumni, who took upon themselves to supervise and coordinate every detail of the project. They were physically involved in the construction work itself, as well. These were mainly kollel yungeleit who learned in the yeshiva in the past and wished to reciprocate. They spent many bein hazemanim hours, including some really late nights away from home, working voluntarily at the site.

Moving a yeshiva is not a simple task. After transferring to its new location, it must immediately resume functioning. This might be the most significant area in which the Yad Hashem could be clearly seen in the new Union location. Not only has learning resumed at the yeshiva, but the bochurim and yungeleit say that the learning has never been better. There is a palpable difference felt by everyone. All the talmidim seem to have embraced this makom Torah with passion and enthusiasm. Some claim that it is simply a geshmake place to learn, away from all distractions, while others say that it is the work of many individuals, who worked lesheim Shomayim, that is paying dividends. All the talmidim agree that the move has elevated the level of learning at the yeshiva.

It is said in the name of the Vilna Gaon that if every stone of a shul or a yeshiva is built lesheim Shomayim, it would be impossible to daven there without kavanah. Perhaps, to some degree, this is what has transpired. It was a daunting task to begin with, but every stone was set for the sake of the talmidim. 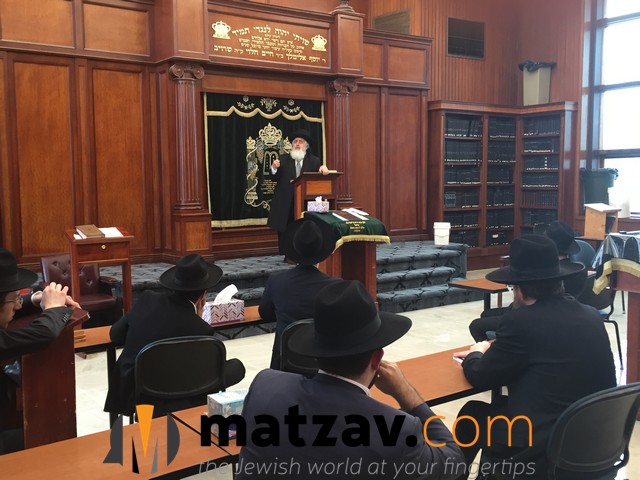 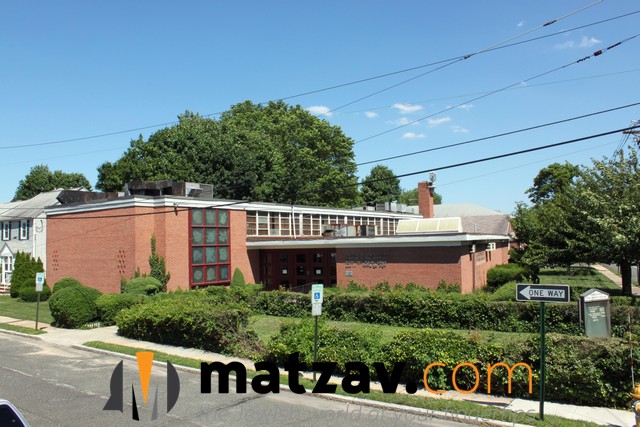 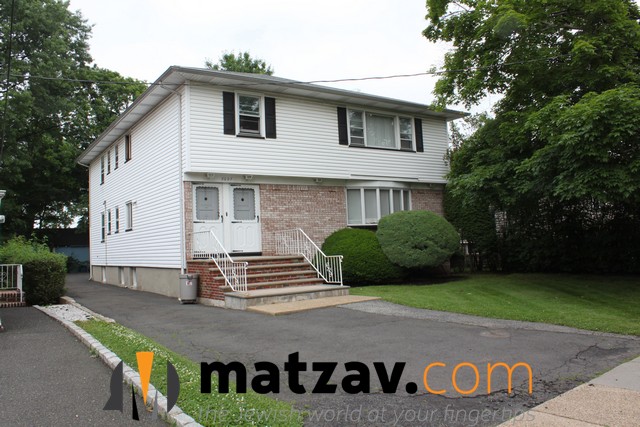 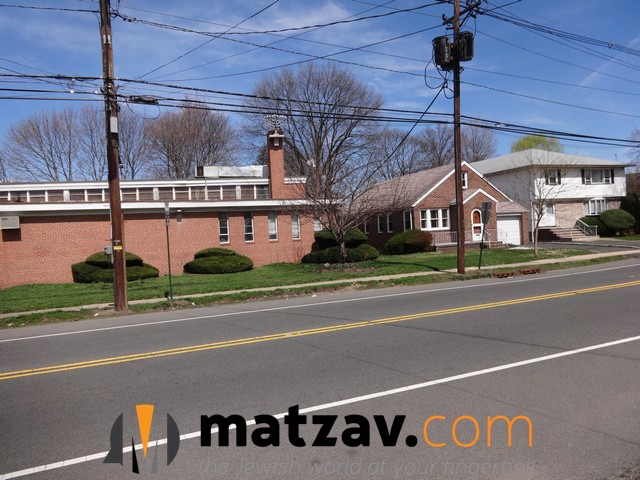 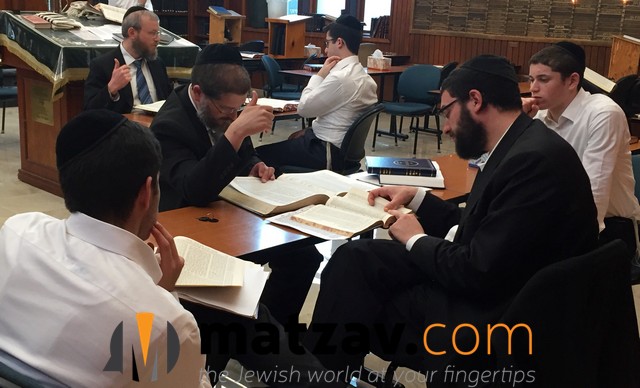