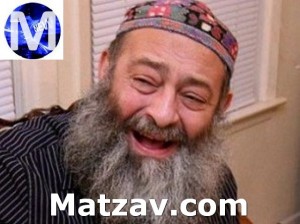 [Audio below.] It is with great sadness that we report the passing of noted and beloved Jewish musician Yosi Piamenta z”l. He was 64.

Born November 29, 1951, Yosi was a singer, songwriter and guitarist, known for introducing the electric guitar into Chassidic Jewish music.

In addition to being an original songwriter, Yosi covered others’ music, including many Chassidishe niggunim from Lubavitch and Belz, and Sephardic niggunim and zemiros. Yosi was recognized as one of the premier guitarists in the world.

Yosi was born in Yerushalayim to Yehuda and Genia Piamenta. In 1962, when he was 12 years old, Yosi moved with his family to Tel Aviv. There, he received his first guitar from his uncle, Albert Piamenta, an Israeli saxophonist.

In his 20s, Yosi moved to New York, together with his brother, Avi Piamenta, with the intention of working on a joint album with American saxophone player Stan Getz. The album was a success, but Yosi disapproved of the entertainment industry lifestyle and turned to Yiddishkeit , joining the frum community. He married his 16-year-old cousin, Vivian, and they raised six children together.

Yosi lived in Flatbush, New York, for over 20 years before moving back to Eretz Yisroel to live close to his father. His father, Yehuda, later passed away.

In August 2014, Yosi – together his brother Avi – released a single, “Yaancha,” calling it a “prayer for Piamenta’s recovery,” as Yosi was battling illness at the time.

Yosi released over 10 musical albums and performed at dozens of venues across the globe.

This past April, Yosi fell into a coma but woke up two days later. He had been suffering from cancer and underwent surgery at Sheba Medical Center.

He succumbed to his illness, passing away today in Eretz Yisroel.

Yosi had a tremendous lev tov and sought to help others in all ways and bring simchah to Jews across the globe. He was a kind and gentle person, and he exuded the simchah of an individual who embraced the Torah way of life and sought to become closer and closer to the Ribono Shel Olam.

His passing has created a void in the Jewish music world and, more significantly, in the hearts of the tens of thousands of people he inspired and brought joy to.

Levayah details have not yet been finalized.

The following are links to some of Yosi’s music: