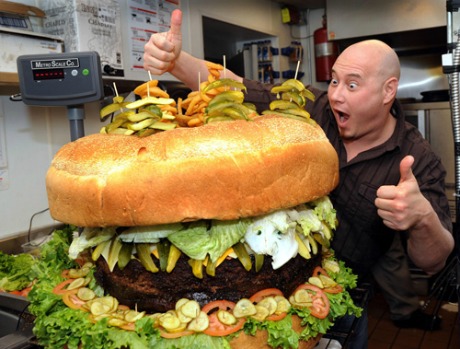 One of the greatest joys of youth is being able to eat and drink irresponsibly as your metabolism works overtime to keep you svelte. Indeed, millennials have an obesity rate of 20 percent, compared with 32 percent of Generation Xers and 33 percent of baby boomers, a new report shows.

Gallup Inc. released lifestyle data compiled by the Gallup-Healthways Well-Being Index as part of a larger report on Wednesday. The index is based on interviews with more than 2.3 million American adults. The report defines millennials as between the ages of 20 and 36, Gen Xers as between 37 and 51, and boomers as between 52 and 70. Researchers calculated rates of obesity by asking those surveyed for their height and weight, then calculating their body mass index.

Gallup found that, despite the lower rate of obesity, millennials are far from pristine examples of health: 23 percent said they smoked, compared with 22 percent of Generation X and 20 percent of boomers, and 13 percent said they had seven or more alcoholic drinks a week. Gen X and boomers were one notch down at 12 percent each.

Twelve percent of millennials live below the federal poverty level, defined as $12,316, and 27 percent said they earn between $12,000 and $35,988. Only 11 percent earn more than $90,000. “Millennials have the least amount of disposal income. That can have the effect of moving them towards less expensive, quicker and more convenient, less nutritious food options,” explained Dan Witters, research director for Gallup’s Well-Being Index.

The low millennial obesity rate may largely be a function of age, but Gallup is optimistic about what it could indicate. “Obesity and smoking are two areas for which the change over time since 2008 – holding age constant – looks better for millennials than for older generations and age groups,” the report said. Gallup found millennials were the only age group to break trends in obesity, with a 0.6 percent decrease from 2008. Obesity rates for Gen Xers, boomers, and Traditionalists all rose.

“Look at what they’ve done over time. The millennials are managing to buck that trend. They’re keeping their obesity at a comparatively low level,” Witters said.

Dr. Hansa Bhargava, who worked with the Rudd Center for Food Policy and Obesity at Yale University and is now medical editor for WebMD, is less optimistic, citing research funded by the Canadian Institutes of Health Research that found it is harder for millennials to lose weight compared with other generations.

The September 2015 study, conducted by researchers at York University, compared dietary and exercise data in American adults between 1971 and 2008 and 1988 and 2006, respectively. “We observe that for a given amount of self-reported food intake, people will be about 10 percent heavier in 2008 than in 1971, and about five percent heavier for a given amount of physical activity level in 1988 than 2006,” wrote lead researcher Ruth Brown. “These secular changes may in part explain why we have seen the dramatic rise in obesity.” The report’s findings were attributed to a variety of lifestyle and environmental elements, including pollution, medication use, stress levels, gut bacteria, and exposure to light at night.

“The problem of obesity has not gone away. This group has to be aware of it,” Bhargava said.