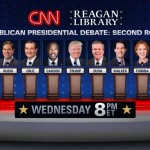 The National Council of Young Israel made the following statement today in response to a series of offensive tweets by Ann Coulter, a well-known conservative political pundit and social commentator, during last night’s GOP presidential debate, which had a seemingly anti-Israel and anti-Semitic undertone:

“Ann Coulter’s online rant, in she which referred to Jews using a derogatory term and criticized the Republican presidential candidates who referenced the State of Israel during last night’s debate, is appalling and libelous. Condemning presidential hopefuls for their stated desire to further strengthen the United States’ relationship with Israel, one of our closest allies in the entire world, is nonsensical and demonstrates a serious lack of understanding about international diplomacy and the foreign policy interests of the United States. Although she tried to justify her comments by stating that she was responding to what she viewed as ‘pandering’ by the candidates, Ann Coulter’s offensive and outrageous statements on Twitter are indefensible and inexcusable. The American people, the American Jewish community, the State of Israel, and the GOP presidential candidates all deserve a heartfelt, immediate and public apology from Ms. Coulter for her ill-advised decision to spew hatred by denigrating the State of Israel and the Jewish community.”

The Zionist Organization of America (ZOA) has criticized conservative pundit Ann Coulter for offensively anti-Semitic tweets during last night’s Republican presidential candidates debate. In the course of the debate, Coulter grew antagonistic towards GOP candidates speaking of the need to strengthen ties with Israel and assist her in potentially defending herself against a nuclear armed Iran.

She first tweeted criticism of former Arkansas Governor Mike Huckabee, Florida Senator Marco Rubio and New Jersey Governor Chris Christie’s support for Israel when answering the question — ‘What will AMERICA [Coulter’s emphasis] look like after you are president?” asking “How many f—ing Jews do these people think there are in the United States?” She also wrote, “Good Grief, Huckabee is running for prime minister of Israel.”

“Ann Coulter is known for making harsh and sweeping statements, but I wonder, would she have ever dared spoken of ‘f—ing blacks’ or ‘f—ing Hispanics’?

“Ann Coulter was gratuitously offensive and anti-Jewish in her remarks on twitter yesterday. If such was not her intention, there is a simple remedy: she should immediately retract and apologize for her words.”