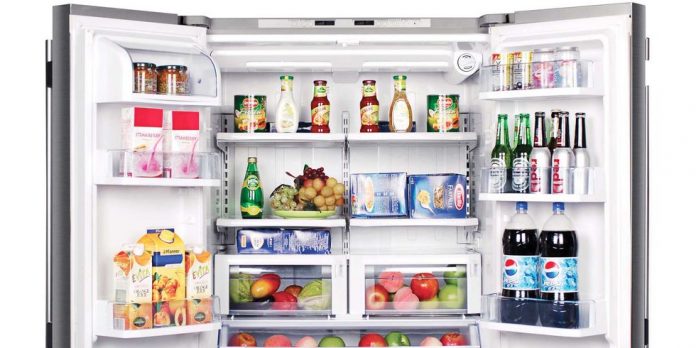 In the past 30 years or so, refrigerators have undergone numerous changes and upgrades in technology. These are wonderful in terms of increasing energy efficiency and reducing the costs of electricity, but they are not necessarily so good in terms of hilchos Shabbos. The heterim, leniencies, that we once had in terms of using refrigerators are no longer as valid on account of the newer technologies that have been adopted by the refrigerator manufacturers.

With the original refrigerators, the halachic concern was as follows. When the refrigerator or freezer door is kept open, warmer air comes in. This could cause the compressor, which cools the air, to be turned on. Is doing this on Shabbos a Torah prohibition or a rabbinic prohibition? Is opening the door considered a direct action, or a grama, a secondary result of a primary action, which under certain circumstances would be permitted?

The Four Early Answers. There were four different approaches to the refrigerator question in the late 1940s, ’50s, and ’60s:

On account of avoiding the negation of oneg Shabbos, taking delight in Shabbos, he allowed opening the door even when the compressor was off.

(Note:  All the early poskim agreed it is prohibited to open the door if it will cause the inside light to go on, so the common practice is to loosen the light bulb, either permanently or before each Shabbos and yom tov, or to keep the switch covered so that it can’t be automatically released when the door is opened.)

But that was then, when the only question (aside from the light bulb) was causing the compressor to turn on. Now, on account of the new technology, there are numerous other issues.

The issues are as follows.

Modern refrigerators have door sensors that detect every time the door is opened and report back to the computer.

The modern refrigerators also have instantly reactive digital thermostats. The early thermostats in refrigerators were based upon mercury thermometers with electrodes inserted directly through the glass, so that when a fixed temperature was reached, the contacts would be closed by the mercury and the compressor would turn on. These were accurate to within one degree.

Modern thermostats use a number of sensor technologies such as bimetallic mechanical or electrical sensors, electronic thermistors and semiconductor devices, and electrical thermocouples. These can and often do control the defrosting and cooling apparatuses instantly.

The newer electronic damper controls are now controlled by heat sensors attached to computer chips. The controls of the damper, like the defrost cycle, are no longer mechanical and occur with immediate repercussions when the refrigerator is opened.

In Israel, rabbanim and engineers have been trying to create technological solutions to address these problems. The Shabbos-mode settings in Israel take all of these issues into account. Visit your Israeli cousin in Har Nof, Ramat Bet Shemesh, or Rechavia and see this for yourself. In America, by and large, the rabbanim and poskim have not addressed the halachic problems—until a technological solution has been developed.

To address the issue, the Star-K worked with manufacturers to develop models with a “Shabbos mode.” These models addressed the issue of the defrost cycle, but they did not address a number of the other issues. The computer is constantly taking readings and electronic information. It seems that the Shabbos mode is relying on a leniency that a computer may be utilized as long as the digital display is not seen. Many poskim have questioned this ruling, some even stating that the use of a computer is either a biblical prohibition—of writing or of makeh b’patish.

This author reached out to Rabbi Avrohom Mushel from the Star-K. He explained that Rav Heinemann, shlita, spoke to Rav Elyashiv, zt’l, who said that as long as the refrigerator does not take any action that is no more than a grama when it takes in any information, then there is no violation being performed. Rav Heinemann is of the opinion that these are still considered a grama and are therefore not forbidden.

When Rav Elyashiv, zt’l, was consulted by poskim in Eretz Yisrael, however, he indicated that a computer collecting information would be considered a serious problem, as the letter he had signed indicates.

The fact of the matter is that it was not uncommon for Rav Elyashiv to at times be quoted in a contradictory manner.

This author spoke to Rav Hershel Schachter, shlita, who held that recording the information on a computer would under many circumstances at least be considered ksiva miderabanan. He also felt that there may be issues of davar shemiskaven—the person intends for it to happen since it is beneficial for him—even on a rabbinic violation.

Rabbi Gersten further stated that when one student from Yeshiva Torah Vodaath (who accompanied Rav Belsky at the OU on Thursdays when he came to rule on questions) expressed grave concerns after purchasing a new refrigerator, he said, “Look, until a timer comes out, just open it with a shinui. When the timer comes out, purchase it.”

Regardless, in Israel, most of the manufacturers have made devices that circumvent the computer entirely. This has not happened here in the United States yet.

There is, however, another semi-solution for all American refrigerators and freezers, which will be addressed at the end of this article.

What follows is a short explanation of how refrigerators are different, and the halachic problems that technology has brought.

In order for a refrigerator to work, the cooling of air must take place in a closed, sealed system. When the gas expands, it absorbs heat calories and cools down the surrounding air.

There are essentially four items in the sealed system: (1) the compressor, (2) the condenser, (3) the metering device evaporator, and (4) the suction tube.

Electronic Damper Control. To function properly, the refrigerator freezer needs good airflow. The evaporator, located within the freezer, provides the cold air that the fresh-food section and the freezer sections need. A fan above the evaporator blows air into these sections. The damper controls the rate of the airflow.

On both older refrigerators and some new refrigerators, the freezer control controls a damper that either slows down or speeds up the rate at which the air enters the fresh-food section. On newer models of refrigerators that have an electric damper control, the damper automatically opens and closes. This is done by the computer using the data from the electronic sensors.

Now Is The Zman

The timer contains a 40-year calendar for Shabbos and yom tov and need not be reset for the life of the refrigerator once it is installed. The device has three different modes to adapt to the needs of each particular refrigerator model.

The device has OU certification. Rabbi Hershel Schachter as well as lhbc’l Rav Yisroel Belsky, zt’l, were behind the product.

It is this author’s view that most rabbanim and poskim who research the issue in depth will conclude that the new issues need to be addressed in a halachically acceptable fashion.

The pictures near this article show that virtually all poskim in Eretz Yisrael have signed letters indicating the serious implications of this technology.

This is an issue that is currently being examined by leading poskim and kashrus and rabbinic organizations. Many of them will be issuing rulings about how best to address the issues in the coming weeks or months.

The device is available at Five Towns Judaica on Central Avenue here in the Five Towns, and in Boro Park, Flatbush, Williamsburg, Monsey, and Lakewood. v

The author can be reached at [email protected]