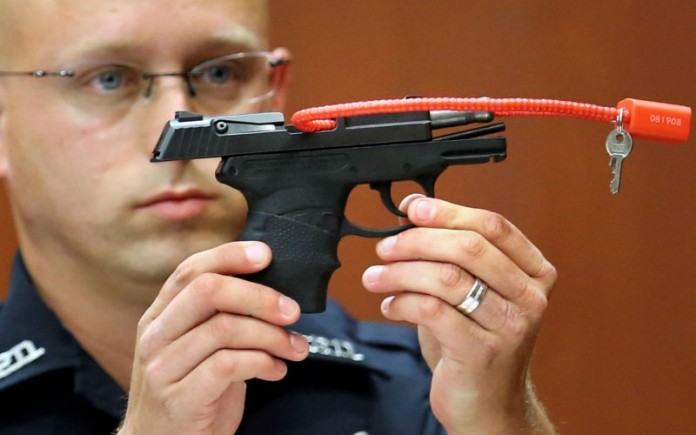 For the third time in one week, George Zimmerman will attempt to sell the pistol he used to shoot and kill Trayvon Martin four years ago.

Zimmerman first listed the Kel-Tec PF-9 9mm on GunBroker.com last Wednesday, but it was yanked off the site the following morning before bidding ever began.

The notorious Florida man then moved the auction to United Gun Group, where the bidding was derailed by trolls using names like “Racist McShootface” and “Tamir Rice” to bid up the gun to exorbitant and unrealistic levels.

After that auction was canceled on Saturday, Zimmerman re-posted it on the same site Monday, with a new starting price of $100,000 and a buy-it-now price at $500,000—and this time he asks bidders to send inquiries to him via [email protected] Read more at the New York Daily News.