There is less than a week remaining before the upcoming Twelfth Siyum Hashas, to take place at MetLife Stadium in East Rutherford, New Jersey, on Wednesday, 13 Av/August 1.

The stadium – usually booked for sporting events and concerts – regularly seats about 82,566 people, but for this event, the field will be utilized as well, providing for an additional 10,000 seats.

All 93,000 tickets for the event have been sold. The Siyum Hashas will thus be the largest event ever held at the $1.7 billion MetLife stadium, the most pricey football stadium ever constructed.

The dais, which will be located from west to east on the northern side of the stadium, will contain about 500 seats for rabbonim, admorim and roshei yeshiva, and approximately 1,000 reserved seats for Daf Yomi maggidei shiur.

10,000 folding chairs are being brought in for the Siyum, the football goalposts are being removed, and a special hard plastic flooring is being installed to cover the stadium’s turf.

A special sound company that is used at some of the largest rock concerts throughout the country is being brought in, and the video company that has been hired has been used for the Super Bowl.

A $250,000 mechitzah is being installed for davening. The initial plans were for the women to be placed at the eastern end of the stadium, with supports being drilled into the stadium to hold up the mechitzah. That idea was later rejected. Women will instead be seated in the 300 section in the upper deck of the stadium. The mechitzah, a four-tier curtain that will run up to a height of twelve feet, will be installed by a crew of 60 people, who will work from this Sunday until next Wednesday to put it up.

The mechitzah, which will be held in place with large weights and is two and a half miles long, is believed to be the largest mechitzah ever constructed in history.

2,200 plasma screens are being placed throughout the stadium, but they are primarily for those inside. Those outside will enjoy four massive Jumbotrons in HD format that can be seen for miles. Viewers on the top-tier of the stadium will be able to view the four 116-foot-wide high definition screens that hang in each corner of the upper deck.

Here are some other details:

– Stadium concessionaires will be selling snacks, including cookies, ices, soda and water. Food in bags no larger than 12 by 12 by 12 inches can be brought inside the stadium. One plastic, 20-ounce, sealed beverage can be brought in by each attendee from the outside. Laptops and iPads will not be permitted into the stadium.

– All guests at the Siyum will receive a 216-page book titled “Hasiyum,” featuring tributes and more. Forty-thousand copies of HaSiyum Junior are being printed for children.

– Details about the program have not been officially released. Sources say that Rav Malkiel Kotler, rosh yeshiva of Beth Medrash Govoha in Lakewood, who is completing the Daf Yomi himself, will recite the Hadran at the Siyum. Rav Yaakov Hillel, rosh yeshiva of Yeshiva Ahavat Shalom in Eretz Yisroel, is expected to begin Maseches Brachos. Other speakers will include the Novominsker Rebbe and Rav Yissocher Frand.

– Each speaker at the event is being given 4 to 12 minutes. Colored lights will inform speakers both when their slot is about to colcude and when they have gone over their time.

– Chazzan Yitzchak Meir Helfgott will sing the Keil Molei Rachamim in honor of the kedoshim of Churban Europa.

– Singing at the siyum will be led by Reb Abish Brodt and Reb Shloime Daskal, accompanied the Mezamrim Choir, with music by Reb Shabsie Parnes.

– There will be no live streaming of the Siyum Hashas, but nine video cameras will be placed in the stadium for remote hookups, with satellite feeds and high quality web feeds going out to over one 100 sites, including locations in Chicago, Baltimore, Toronto, Montreal, Los Angeles, Mexico City, Uruguay, Argentina, Melbourne, Hong Kong, and Lublin.

– If rain is anticipated, the organizers of the Siyum will announce any postponement of the Siyum by 8:00 the morning of the event. In case of any rain during the Siyum, ponchos have been procured for attendees.

– The program will begin with Minchah 7 p.m.

– Siyum organizers are asking everyone to avoid traveling by car due to the heavy rush hour traffic coupled with the capacity crowd expected. Use mass transit or make reservations with the chartered buses leaving from many locations in the Tri-State area.

– If you will be traveling by car to MetLife stadium, there will be a $25 parking fee issued by the stadium. There will be direct NJ transit train service from Penn Station through the Secaucus Junction with a direct train to the stadium.

– Due to the highly unusual nature of the upcoming gathering, the Federal Department of Homeland Security has ranked the event a “#2″ on a security-preparedness scale of 6-1, with #6 representing the least stringent level of security and #1 — generally reserved for events at which the President of the United States is present — representing the highest.

– In addition to nearly 600 New Jersey State troopers – all of whom have undergone eight hours of cultural and hands- on training – more than 1,500 law-enforcement personnel from local, state and federal agencies have been assigned to the Siyum. Security personnel will also be stationed on the highways leading to MetLife Stadium, at bus departure points, and at rest areas along the way.

– Every vehicle entering the perimeter of the arena will be “swept” by one of more than 60 teams of K-9 units that will be brought in for the event.  Similar measures will be implemented on the trains entering and leaving the Secaucus hub on the day of the Siyum.  In addition, police choppers have been assigned to provide air support and to monitor conditions on the roadways leading to the stadium.

– More than 150 Hatzolah members have been assigned to work alongside the local emergency medical personnel at the stadium. Additional Hatzolah members will be stationed at the turnpike rest areas, should their assistance there become necessary.

– While the arena typically gets “locked down” six hours prior to major events, for the Siyum it will be will be locked as of Sunday, July 29. Once locked down, the entire facility will be swept for hazardous materials twice daily; even incoming mail will be screened by the postal service at an offsite facility.

– Since every participant will be screened by a metal-detector wand before entering the building, it’s imperative to arrive well in advance of the program. The NJ Transit, the MTA and the Long Island Railroad are working hand-in-hand to coordinate their services to Siyum HaShas attendees.  The parking lots will be open early, and a pre-Siyum program has been planned. 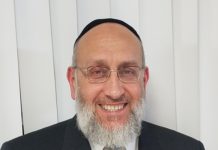 Rabbi Yaakov Singer – The Significance of The Word LEFONECHO 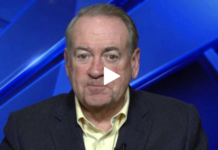