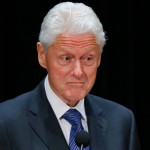 Trump aides claim their boss was “candid about his political ambitions and his potential interest in seeking the White House during the talk….” Clinton “analyzed Trump’s prospects and his desire to rouse the GOP base,” according to Trump allies. Read it at Washington Post.