[Video below.] Words of disrespect recently written about the Rabbon Shel Yisroel, Maran Rav Elazar Menachem Man Shach zt”l, compel us to share the following video in which Rav Shach succinctly relays the message that those who stand up for kevod Shomayim and battle those who seek to veer from the path of Torah are not baalei machlokes. Rather, it is those who seek to spread a message or ideology that is foreign to the Torah derech who are the baalei machlokes in this world.

The lies, misrepresentations and chutzpah related about this malach Elokim cannot go unanswered.

Rav Shlomo Lorencz, an emissary of numerous gedolei Yisroel, including Rav Shach, related that when a certain movement began its messianic propaganda, Rav Shach, with his wise vision, understood what would eventually happen and to what dimensions this movement would reach if he did not take steps to quell it with an uncompromising battle.

Rav Shach did not engage in that effort with equanimity, Rav Lorencz stated, but with reluctance. On one occasion, Rav Shach told Rav Lorencz that he would have preferred that others wage this war in his stead. But seeing that no one wished to involve himself, he felt responsible to do everything in his power, brooking no compromise.

Rav Shach’s mesirus nefesh in this battle knew no bounds. Rav Lorencz described the outcry of Rav Shach, who said, “Even if I knew for certain that they would burn me alive, I would still not desist in my campaign against false messianism, for this is bona fide avodoh zorah.”

It should be noted that despite his milchemes Hashem against the messianic group, Rav Shach nevertheless recited Tehillim when the person who was being declared Moshiach became sick. At the time, Rav Lorencz asked him for an explanation, and he obliged: “My battle,” said Rav Shach, “is against his erroneous approach, against the movement, but not against the people in any personal way. I pray for [his] recovery and simultaneously I also pray that he abandon his invalid way.”

In the final stage of his life, Rav Shach endured unimaginable pain and a tortured soul, suffering when certain circles dared blame him for imagined opposition to the Chassidic public and in causing dissension within the Torah-loyal community.

Those who were close to Rav Shach know to what extent he desired peace and only peace. Rav Lorencz testified personally that there was no lover of shalom and pursuer of peace like Rav Shach. But when certain actions were taken that were contrary to halacha and to the Torah way, he was forced to react.

However, whenever he spoke out against a negative phenomenon, he was forthright and showed no distinction between one community or following and another, one circle or another, between those who were distant from him and those close to him.

Rav Shach did not bear rancor against any person, and would forgive all those who insulted him. However, he often clarified his stand, both in speech and in writing, that the slander spread against him about his persecution of chassidim was something he could never forgive, for it had transformed him into a baal machlokes at a time when he loved peace and pursued it to the nth degree.

Rav Shach said during one of the toughest times that whoever was in the position of decision-making must have no fears or reservations regarding being branded a ‘quarrel monger.’

At the founding meeting of Degel Hatorah in 5749, Rav Shach stated: “They say that we are quarrel seekers… I heard in the name of Rav Yehoshua Leib Diskin an explanation of Chazal on the verse, ‘And Bnei Yisroel mourned Moshe.’ Rashi quotes that this refers to the men. When Aharon Hakohen, who was a pursuer and lover of truth, passed away, it says that all of Klal Yisroel wept over him since he would make peace between man and wife, friend and enemy.

“Rav Yehoshua was puzzled by this. The Torah seeks to tell of Moshe’s praises. Why, then, mention here that only the men mourned him?

“The truth is that there is a great element of praise here. Aharon Hakohen loved peace and pursued it, so it is no wonder that everyone loved him. But Moshe Rabbeinu’s task was to judge and pass sentence in matters of argument and disagreement, in dinei Torah between two factions. He had to rule in favor of one side and against the other, so that it was inevitable that people would be hurt or might accuse him of favoritism, prejudice and fomenting dissension. It is impossible to justify everyone. The fact that not all of Klal Yisroel mourned his passing shows that he was truly impartial and ruled according to the dictates of pure justice.”

Rav Lorencz once wrote that “Applicable and fitting are these words to the very one who uttered them. By innate nature, Rav Shach was basically a peace lover, yet he was not deterred from overriding this trait if he felt it necessary as a leader to denounce one public or another when they conducted themselves contrary to the way of the Torah.”

Rav Shach was the biggest oheiv Yisroel of the last generation. And his battle was one that was fought lesheim Shomayim. Unfortunately, we have some in our community – our own Torah kehillos – who, overtly or not, in print or via some other medium, have shown by their actions that they’d prefer to make believe like Rav Shach’s stances were meaningless. They’d prefer to do what is comfortable to them, rewriting history and ignoring what Rav Shach said and what Rav Shach taught. Their actions and their complete dismissal of Rav Shach’s hashkafah are an insult to the manhig hador of the last generation and to all bnei Torah who followed his direction and still do to this day.

We in the Torah community cannot allow this revisionist history to be perpetuated under our noses time and again.

And never, ever, should we allow those in the supposed “peace camp” to accuse the protectors of Torah and mesorah of being baalei machlokes. That’s an old trick that Rav Shach, himself, in the video below and elsewhere, identified and refuted.

Those who fight for the authenticity of Torah are not baalei machlokes, but pursuers of truth.

Those who refuse to bend to false calls for peace and the rewriting of history are not baalei machlokes, but pursuers of emes.

Those who seek to pay homage today to those who were distanced by the gedolim of the last dor do so with immense audacity and impudence.

Likewise, let us add that:

Those who fight individuals who wish to “open” up Orthodoxy, adulterating our way of life from within, are not baalei machlokes, but protectors of mesorah.

Those who fight the ordination of women rabbis and individuals who seek to cross the line in this regard are not baalei machlokes, but protectors of our Torah way of life.

Those who fight for true tzedek against those who wish to hijack the term for their own twisted agenda are not baalei machlokes, but protectors of our Torah way of life.

Those who fight for truth over all else are not baalei machlokes, but those who have the courage to stand up for the Word of G-d.

Click below to watch the message of Maran Rav Shach, shared with a broken heart and with tears. May we merit to emulate his purity, his strength, and his love of every Jew. 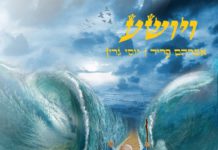 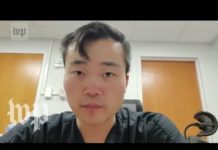