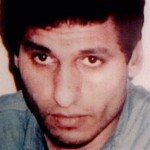 The Obama administration announced Sept. 8 that it is putting Mohammed Deif and three other Palestinian terrorists on its “designated terrorists” list. That’s basically a slap on the wrist—for someone who should be subjected to U.S. prosecution, not U.S. name-calling.

Deif was trained in the art of bomb making by the infamous Hamas leader Yehya Ayyash, nicknamed “The Engineer.” When Ayyash was killed in 1995, Deif was chosen as his successor.

Deif then masterminded bombings in which hundreds of Israelis, as well as a number of Americans, were murdered. His victims included Jewish Theological Seminary student Matthew Eisenfeld and his fiancé, Sara Duker, and Ira Weinstein, killed in a Jerusalem bus bombing on February 25, 1996; the American-Israeli soldier Nachshon Wachsman, who was kidnapped and murdered by Palestinian terrorists in October 1994; and teenager Yitzhak Weinstock, grandson of Los Angeles rabbi Simon Dolgin, who was gunned down in a drive-by shooting in December 1993.

In the aftermath of the 1995 bus attack in which my daughter Alisa was murdered, I participated along with various Jewish leaders in numerous conference calls meetings with Clinton administration officials. Each time, we raised the issue of Americans who had been murdered by Palestinian terrorists. We repeatedly implored the administration to seek Deif’s extradition to the United States.

I have not forgotten President Bill Clinton’s high-profile visit to Nachshon Wachsman’s grave during his March 1996 trip to Israel, when he dramatically promised Nachshon’s parents that the administration would “make it a top priority” to capture Deif.

In fact, Martin Indyk, who at the time was the U.S. ambassador to Israel, even put that promise in writing. In a letter to the Wachsman family dated March 26, 1997, Indyk wrote that “the arrest of Muhammed Deif (sic)…remains a high priority for the U.S. Government.”

I suppose we were naive to think that either the president or the ambassador was being straightforward with us. We all received the equivalent of a splash of cold water in the face on Dec. 19, 1997, when Secretary of State Madeleine Albright took part in a conference call with the Conference of Presidents of Major American Jewish Organizations. She was asked why the administration did not demand that the Palestinian Authority (PA) hand over Deif, since he was being sheltered by the PA. Albright replied that she did not know who Deif was.

Either she was being honest and did not know who he was, which was bad enough; or she was being disingenuous and did not want to acknowledge that the administration simply had no intention of ever taking any steps that would displease its PA friends.

In the years to follow, Deif’s name surfaced in the news from time to time. In May 2000, for example, the Israeli media reported that he was in the PA’s “protective detention” in order “to protect him from the Israeli Shin Bet security service.”

At that point, the Conference of Presidents went on record as demanding that “the United States pursue the extradition of Mohammed Deif, who is currently being held in ‘protective detention’ by the Palestinian Authority….We believe the extradition of Deif and his prosecution in this country will send a clear message of determination both in regard to the war against terrorism as well as the commitment to protect American citizens at home and abroad.”

Strong words. But the only way to see such words translated into action is to repeat them, again and again, at every meeting with every U.S. official—to put it on the official Jewish agenda and never take it off. That didn’t happen.

Deif went on to become a leader of the Hamas forces in Gaza, and has played a central role in the rocket attacks that have terrorized Israel throughout the past decade.

The Obama administration, like the Clinton administration, would like to pretend that since Deif is in Hamas-ruled Gaza, there is nothing that can do except this week’s milquetoast decision to put him on the “designated terrorists” list. All that does is freeze his assets in America and prohibit Americans from doing business with him. Big deal. Does anybody believe Deif is stupid enough to have assets in America, or that there are Americans doing business with him?

Putting him on the “designated terrorists” list is a toothless gesture that will have no effect on Deif. The administration should be taking concrete steps to extradite him to the U.S. to stand trial for murdering American citizens.

Putting Deif on a list is worse than useless; it’s an insult to the memory of the Americans he murdered. Instead of putting him on an American list, the Obama administration should be working to put him in an American prison. 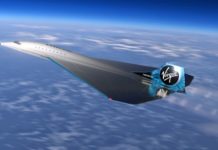