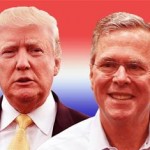 Jeb Bush should speak English while he is in the United States, Donald Trump said Wednesday, in the latest escalation of the brewing feud between the two Republican candidates.

“I like Jeb,” the real estate mogul said in an interview with Breitbart News. “He’s a nice man. But he should really set the example by speaking English while in the United States.”

In the same interview, Trump declared that he would not only win in 2016 but also win reelection in 2020, and will be known as a “great conservative” like Ronald Reagan.

Trump’s latest reported remark follows Bush’s comments in Florida this week in which he has called his rival “not a conservative” and said that Trump tries to make everything personal.

“El hombre no es conservador,” Bush told reporters in Miami, adding in English, “if you’re not totally in agreement with him, you’re an idiot, you’re stupid, you’re blah blah blah.” 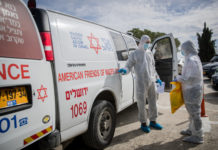