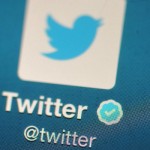 Yesterday I noted that 46 out of 100 Amnesty International’s previous tweets as of Wednesday were about Israel.

Interestingly, since I mentioned that, there have been more tweets than usual, none about Israel or Gaza. Apparently Amnesty is starting to realize that their obsession with Israeli actions from a year ago using false data looks bad.

Well, it looks really bad when you see it graphically.

Here is the past month of tweets from @AmnestyOnline, the official Amnesty International Twitter account, and how many times various words/topics occurred:

About 10,000 Syrians were killed in the past two months- but Syria was only mentioned four times.

If I would include only tweets from Amnesty itself, and not retweets from others, the numbers would be evenmore lopsided.

The only other one-year anniversary I saw them tweet  was a retweet about the abduction of the Yazidi girls that caused a stir a year ago. But Amnesty’s website didn’t mark the anniversary. Instead, it launched two separate major anti-Israel projects – Gaza Platform and “Black Friday” accompanied with press events.

Remember that Amnesty recently excluded antisemitism as a topic of their concern because they simply didn’t have the resources. But for bashing Israel they can find all the money they want.

The donors to Amnesty should be aware of how their charity dollars are being spent. If they think that Amnesty is working hard to eliminate injustice throughout the world, then they need to ask why Israeli actions from a year ago are so disproportionately targeted compared to every current crisis on the planet.