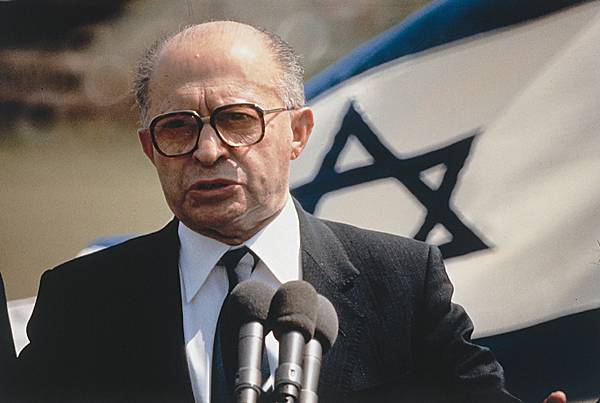 So shocking was the electoral upset that Israeli television created a word for it: mahapakh. Derived from the root that means “revolution” or “turning upside down,” the word was fashioned because Menachem Begin’s 1977 election as prime minister was such a game-changer in Israeli politics that no existing word seemed to suffice. From independence in 1948 until 1977, Israel’s political left had ruled with an iron fist. Begin, a leader of the right widely seen as a “terrorist” because of his decisive role in the Jewish underground that ultimately forced the British to leave, had languished in the opposition — often in the political desert — for 29 years. Having lost eight consecutive times, Begin was expected to lose again and, at age 63, to exit the political stage.

Yet it did not play out that way. An angry electorate, especially Jews of North African origin, had run out of patience with Labor. They resented the privileged left, out of touch with the economic struggles of the Israeli “man on the street.” The left was hostile to religion in a country in which religion and ethnicity were the raison d’être. The more traditional North African Mizrachi Jews, as they are called, had had enough. So in 1977, they helped elect Begin — the consummate Polish gentleman — as prime minister.

Much of the world reacted with horror. Time magazine, perhaps most memorably, wrote that “His first name means ‘comforter.’ Menachem Begin (rhymes with Fagin) has been anything but that to his numerous antagonists.” Jews in the U.S. were appalled that the man who had topped the British “most wanted list” would now lead the state to which they looked with such pride.

Yet there is comfort to be found in that Begin proved his detractors wrong. He restored Israel’s security, by destroying the nuclear reactor in Iraq. He trumpeted the right to live in dignity, saying “We will be no one’s cowering Jews” when he vowed to put a stop to the shelling of Israel’s north by terrorists in southern Lebanon. Yet perhaps most important, it was Begin — ostensibly the radical, right-wing terrorist — who signed a peace treaty with Egypt. No Labor leader had ever managed that. Only someone known for toughness could get that through, the argument now goes. Many see Begin as Israel’s greatest statesman. Might the incoming Trump administration also surprise his detractors?

For now, there are more questions than answers. Trump has shown a fundamentally positive disposition toward the Jewish State. Might the Palestinians, faced with a president who is instinctively inclined to support Israel, recognize that “the game is up” and that time is no longer on their side? Could that lead them to compromise, to finally recognize Israel’s right to exist, to explore ending the conflict and opening an avenue to peace?

It is important to note that despite certain similarities, Trump appears to have different instincts than Begin did on a number of issues.

Begin was a staunch ideologue, and came to power with the express intent of shaking things up. Many of those who voted for him expected a much more open endorsement of the settlement project than the left’s hemming and hawing. Thus, when Israel’s Supreme Court ruled that the Elon Moreh settlement had to be dismantled because it had been constructed on private Palestinian land, Begin’s supporters were certain he would push back. Yet all he said was “There are judges in Jerusalem” — he accepted the court’s ruling.

Although passionately committed to the settlement project, he was even more committed to democracy, and his demonstration of that assuaged his opponents’ concerns. Similar indications from Trump, reassuring Americans of his belief in the rule of law, might have an analogous effect in the U.S.

With Begin’s election in 1977, Israel had at its helm a man who spoke about the Jewishness of the Jewish state — and its obligation first and foremost to Jews — utterly unabashedly. It was a new tone for Israelis and, for some, worrisome. But here, too, Begin surprised his electorate. His first act was to aid several dozen Vietnamese refugees whom an Israeli ship had spotted on the South China Sea. Out of water, they were desperate. Several ships from other countries had seen them and failed to stop, but Begin instructed the Yuvali, Israel’s ship, to take them on board and to bring them to Israel. He provided the refugees with financial support, and made them citizens of the Jewish state. Even U.S. President Jimmy Carter, who despised Begin, noted the extraordinary nature of his gesture.

While many Americans are understandably not inclined to open the borders to hundreds of thousands of Syrian refugees, Israel is once again doing what it can to help. Israeli field hospitals are treating Syrians wounded in the fighting and assisting them in their return to Syria. Were he to admit even a small number of particularly harrowing humanitarian cases to the U.S., Trump might assure his naysayers that he understands that immigration has long been a key dimension of the American experience and that his administration is not deaf to the cry of simple human pathos.

For all his ideological fervor in his underground years, Begin was fundamentally a pragmatist. He had no doubt that Israel’s Arab enemies were determined to destroy the Jewish state, but when he suspected that there was an opportunity to make peace with Egypt, he pursued it and battled the right flank of his own party to get the deal through — agreeing to a significant territorial compromise in the process. His ultimate commitment was not to his ideology, but to the causes at the root of his ideology: the safety and flourishing of the Jewish people. Trump, who takes pride as a deal maker, would do well to consider Begin’s model.

Begin remains a controversial figure in Israel, yet also widely missed. Ultimately, his decency and his respect for law and people ran deeper than his rhetoric or his ideology.

Israelis know a great deal about “cleaning out swamps,” both literally and politically. What they have learned, and what Trump would do well to echo, is that no less important than the power of the electorate to demand radical change is the question of the character of those waiting in the wings to lead.

Gordis is senior vice president and Koret distinguished fellow at Shalem College in Jerusalem. Author of 11 books, his latest is “Israel: A Concise History of a Nation Reborn.” 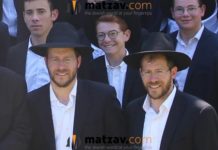 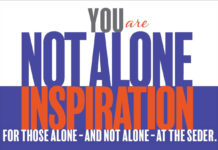 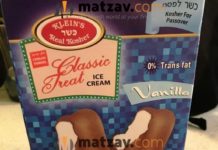