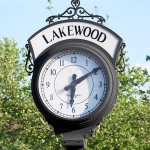 Lakewood, NJ – After numerous meetings, negotiations and countless hours of dialogue over the past few months between board of education members, State Monitor Azzara, DOE officials, the Lakewood Administration, heads of the non-public schools, Township officials, and community leaders, the Lakewood School District is pleased to announce that an agreement has been reached to restore courtesy busing for the 2015-16 school year for all grade levels.

This was accomplished by all of the non-public schools tiering or staggering their school openings which will result in a substantial cost saving to the Lakewood School District.

In addition, the Township agreed to contribute up to $900,000 towards courtesy busing in the upcoming school year. Moreover, the New Jersey Department of Education agreed to provide $2 million in additional funding for the coming school year, contingent on the tiering plan. The money comes from the restructuring of refund payments the District owes the State. However, it is not a gift or financial contribution towards the busing from the Department. The total price tag for the courtesy busing will be approximately $5.8 million.

Until last week, it appeared that the deal was dead and, in fact, the District’s transportation routing software was already modified to exclude courtesy busing for the coming school year. This would have left approximately 11,000 students — 8,400 non-public students and another 2,400 public school students – without busing, representing approximately half of all public school students.

However, on Wednesday, July 29th, Board President Gonzalez convened an emergency meeting of the community relations committee in order to bring the parties back to the table so that negotiations could continue and a deal could be consummated. In attendance with President Gonzalez were fellow board members Vice President Menachem Friedman, Tracy Tift and Isaac Zlatkin along with members of the Administration, members of the community, Religious Leaders, State Monitor Azzara, Transportation Consultant Kakavas, and Community leader Rabbi Weisberg. Thanks to Rabbi Weisberg’s persistence, patience and hard work from Friday night through Sunday morning, he was able to bridge the gap between the State, the District and the non-public schools so that a deal could be reached. After a long night of dialogue and negotiations everyone’s efforts ultimately proved to be successful.

Those who contributed their time and energy for the health, safety and welfare of the students over the past few months to save courtesy busing are many. Apologies are in order if anyone’s name is inadvertently omitted. On the Board of Education side, kudos should go to Board President Gonzalez, Board Vice President Friedman, Josh Weinberger, Alex Janklowicz, and Isaac Zlatkin. Mr. Zlatkin was intimately involved in the process both on the front lines and behind the scenes with the non-public schools, the local community and Senior State officials. His expertise and experience was invaluable having been through a similar and arduous process last year in his capacity as Board President.

On the non-public schools side, thanks should go to Rabbi Yisroel Schenkolewski, Rabbi Shlomo Chaim Kanarek, Rabbi Yosef Posen, Rabbi Yaakov Mandelbaum, Rabbi Yonason Sanders, Rabbi Osher Lederer, Rabbi Gottesman, Rabbi Avi Verschleiser, Rabbi Moshe Dovid Ehrman, Rabbi Balsam, Rabbi Grossman, Rabbi Katz and Rabbi Avi Schnall. These people among other school heads and others had dozens of meetings and countless discussions in order to come up with a viable plan to save busing and protect our children from Lakewood’s hazardous and congested road conditions. Their hard-work should not go unnoticed or be underestimated.

Rabbi Aaron Kotler should be widely praised for his tireless efforts from the very beginning of the process until the end, including facilitating the State’s agreement to defer certain District loan repayments.

Township officials Meir Lichtenstein, Isaac Akerman and Menashe Miller also played a very important role in helping reach an agreement. Lichtenstein was instrumental in working to bring the parties together and never giving up on the process which appeared destined to fail just a short time ago.

Finally, the following individuals should also be thanked for their hard work and commitment to all the students of Lakewood – State Monitor Azzara, Superintendent Laura Winters, Consultant Gus Kakavas, Senator Singer, various State Officials, the Commissioner Hespe and Glen Forney from the New Jersey Department of Education.

The process has been described by many as difficult and frustrating at times, but thanks to hard work, persistence and a willingness to compromise everyone was able to work together to come up with a viable solution to a complex problem for the benefit of all Lakewood students.

THE DETAILS OF THE AGREEMENT ARE AS FOLLOWS, AS PROVIDED BY THE BOARD OF EDUCATION:

The following is the 2015-16 Transportation Plan for Non-Public schools that has been revised to reflect the agreed to changes following the August 3rd meeting:

1. ALL regular Pupils Grades K-12 with mileage under “.60” of a mile (halfmile)
from their school will continue to be “NO BUS” (same as last year).

2. ALL Regular Pupils Grades K-12 with mileage equal to or over “.60” miles
(over half-mile) will be bussed.

3. Non-Public Boys Grades K-5 (or whatever the Minyan cut-off is) will arrive at school at 8:30 AM

6. Non-Public Boys Grades 1-5 (or whatever the Minyan cut-off is) will depart at the school’s designated time – at least 30 minutes after the Primary dismissal time.

7. Non-Public Boys Grades 1-5 (or whatever the Minyan cut-off is) will have the option to add a third regular dismissal that is 30 minutes after the previous dismissal and 30 minutes before any subsequent dismissal. It is recommended that this option be carefully weighed against the longer route duration times that will result.

8. Non-Public Boys Grades 6 (or whatever the Minyan cut-off is) to Grade 8 will depart at the school’s designated time – at least 30 minutes after the previous dismissal. This is the Minyan dismissal.

9. Non-Public Boys Grades 9-12 will depart at their designated times, not to exceed three total dismissals at least 30 minutes apart.

14.Non-Public Girls Grades 1-8 will depart school at the school’s designated time at least 30 minutes after the primary dismissal

15.Non-Public Girls Grades 1-8 will have the option to add a third dismissal that is 30 minutes after the previous dismissal and 30 minutes before any subsequent dismissal. It is recommended that this option be carefully weighed against the longer route duration times that will result.

16.Non-Public Girls Grades 9-12 will depart school at the school’s designated time – one dismissal only.

18.Public Schools will mirror last year’s schedule with the exception of Preschool at Campuses 1-3 which will now mirror Elementary Schools. All of these schools arrive at or earlier than 8:00 AM.

19.Non-Public Boys Grades K-5 that want to arrive earlier than 8:30 will be permitted.

20.Any Non-Public school that would prefer to eliminate PM “K” routes can have those pupils join the older group’s PM routes

21.Almost all in-district “AM” routes will be capped at 45-MINUTES ride duration time (computer calculated) to curtail last year’s excessively long routes while facilitating multiple use of contracted buses to help lower costs. When possible, and load counts are sufficient, we will strive to make as many routes as possible capped at 30-minutes in the “AM”. Any schools tiered in 2014/15 trial will continue to have routes capped at 30- minute “AM” ride duration time (computer calculated).

22. One-way routes will be provided by the Board of Education in the PM session when the number of children requiring transportation home exceeds the capacity of the remaining PM regular buses available for the school. One-Way routes will not be used solely to shorten route duration time.

23. This plan will provide a long term platform for Lakewood’s growth for many years to come. It is the Board’s commitment to leave this Plan C-2 in place as long as practical. Plan C-2 will not be changed in any way during the 2015/16 school year, regardless of final cost.

24. The Board and Township Committee will engage the Transportation Consultant to conduct a six-year study of the anticipated growth of students (both public and non-public) over the next six years and the impact that growth will have on future budgets, school bus resources and the ability of Plan C-2 to continue the delivery of all needed services each of the next six years. This study will be reviewed with the New Jersey Department of Education, the Board of Education, the Township Committee, the Lakewood Police Department, School Administrators (both Public and Non-Public) and the various concerned citizens associations. The study will be completed by November 30, 2015.

25. The morning tiering for the non-public elementary schools will have strict adherence to the following drop-off guidelines:

25a) the EARLIEST drop-off for boys’ non-public elementary schools will be 8:30 AM with a 10-minute window to follow.

Any drop-off after 8:40 AM will be considered late and subject to fines. Drop-off before 8:30 AM will be subject to fines and will also be considered a serious safety violation as the children will not have adult supervision before 8:30 AM (unless the school specifically gives written permission to the bus contractor for an earlier drop-off with school staff present).

25b) The latest drop-off for girls’ non-public elementary schools will be 9:15 AM with a 10-minute window commencing at 9:05 AM. Any drop-off after 9:15 AM will be considered late and subject to fines. Drop-off before 9:05 AM will be subject to fines and will also be considered a serious safety violation as the children will not have adult supervision before 9:05 AM (unless the school specifically gives written permission to the bus contractor for an earlier drop-off with school staff present).

25c) chronic failure to meet these guidelines (defined as three separate reported incidents during the 2015/16 school year concerning the same route) will be subject to maximum fines ($300 per day) and possible loss of the route for breach of contract. The first two weeks of school will not apply to this clause in consideration of the contractor’s need to have a fair adjustment period.

The Board of Education will not utilize any of this contingency funding from the Township until the 2015/16 budget closeout, when the FY final payments will be calculated in June. The Township assistance will only be used if the Plan C.2 savings do not cover the total expenditures incurred for services provided within budget line #511. If savings cover all expenses associated with Plan C.2, no Township funds will be required. 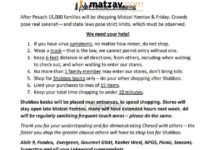 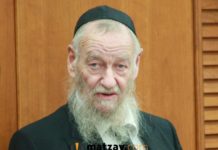