It took Joyce Morel only a minute or two to race from her home to the Yerushalayim shul where two assailants had burst in on early morning prayers with a meat cleaver and a gun. She had barely begun treating a man with a gaping knife wound when police officers ran toward them shouting: “Move! Move! Move! There’s still shooting.”

For Dr. Morel, a physician from Toronto who now lives in Israel, there was a terrible sense of déjà vu. A volunteer for an emergency first-response organization, she had been at a similarly bloody scene two weeks ago when a Palestinian driver deliberately plowed his vehicle into a crowd of pedestrians in Jerusalem.

“It’s a terrible situation to be in where you’re at the mercy of people who glorify murder,” said Dr. Morel one of the first emergency responders on the scene.

She heard about the attack on her radio system at home and sped to the synagogue using the not-quite-legal siren and lights on her Toyota Prius.

Her connection to the synagogue is more than just geographic: One of the dead, Rabbi Mosheh Twersky, was a niece’s uncle by marriage. A son-in-law prays there along with his parents. She has attended family celebrations and lectures in the basement hall. And her husband, Abraham, studies Jewish law at a yeshiva across the street. “It’s a place we all know and it’s been ravaged by these terrorists. They come into your own backyard and murder,” the soft-spoken 56-year-old doctor said in an interview.

After Dr. Morel arrived at the scene, she grabbed her medical kit to examine a man on the sidewalk outside the synagogue’s front door, opening his shirt to find a “gaping wide open” knife wound to his back that left ribs and a lung partially exposed.

But as she was treating him, police officers ran up and yelled at them to get out of the line of fire. She and two others who were helping the bleeding man were able to rush him down the street to an ambulance. As they fled, they heard gunshots.

“I didn’t expect there to be any shooting any more,” she said. “They’re usually pretty quick at stopping the shooting. So that was kind of otherworldly to be there when there was actually shooting going on.”

After treating the man with the knife wound, Dr. Morel also helped a policeman who had been shot in the head and a fellow volunteer paramedic who broke his ankle while fleeing the gunfire.

Once all the survivors had been rushed to hospitals, she tried to console distraught people whose loved ones were missing.

Four of the men killed at the synagogue were rabbis, and all were immigrants to Israel with dual citizenship – three born in the United States and one in England. A Canadian-Israeli man was among the injured. He was identified as Howie Rothman, a 53-year-old employee of the State Comptroller of Israel. Officials at the Israeli embassy in Ottawa said Mr. Rothman’s family has asked for privacy while he is dealing with his injuries which are said to be significant.

A man who answered the phone at the comptroller’s office on Monday said Mr. Rothman, who had many children, “is a great person. He just came to pray in the synagogue. And, really, this is horrible.”

Mr. Rothman moved to Israel when he was a young man.

Dr. Morel moved to Israel two years ago, fulfilling a dream she has held since 1967 and the Six-Day War. Four of her five grown children also live in Israel.

“When we were living in Toronto and there were wars and terrorist attacks I felt like I should be there helping out, not living comfortably in Canada,” she said. “I should be there with my brothers and cousins taking care of them and it’s a real privilege to be able to be here and do that.”

Dr. Morel studied medicine at McMaster University in Hamilton, enrolling at the age of 37. She eventually specialized in family and emergency medicine, working at the Brampton Civic Hospital and at a family medicine clinic.

“I’m an observant Jewish woman. A big part of our religion is to help other people who are in need,” she said. “It feels very good to be helping rather than sitting back worrying and not knowing what to do.” 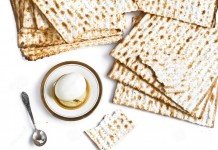 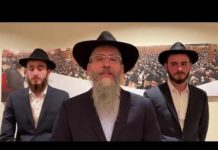