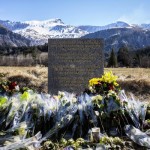 The European Aviation Safety Agency has called on the European Union to mandate two pilots in the cockpit at all times and stronger psychological oversight, in a report that seeks to avoid the conditions that allowed a Germanwings co-pilot to drive his plane into the French Alps earlier this year.

The pilot was later revealed to have had ongoing medical and psychological issues, including suicidal tendencies.

The report also calls on airlines to implement random drug and alcohol testing for employees, but officials say implementing these suggestions may require a battle with pilots’ unions, which are skeptical of increased oversight. Read more at The New York Times.