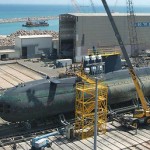 The IDF claims it needs an immediate NIS 2 billion cash injection to continue to function to protect the country and in order to conduct ongoing training operations.

Though IDF Chief of Staff Lt.-Gen. Benny Gantz has yet to publically comment on the defense establishment’s financial crisss, senior officers said Sunday that “if additional funds are not given there will be no choice but to stop ground forces’ training, and maybe even those of the Air Force.”

In the meantime, Defense Minister Moshe Ya’alon is spear-heading the campaign to recruit funds. During Sunday’s Cabinet meeting, the defense minister reiterated that when the government decided to cut NIS 4.5 billion from the defense budget for 2014 (in comparison to 2013) he had warned the ministers that the army’s budget would run dry by the end of April.

In response, the Finance Ministry said that the Defense Ministry’s 2014 budget is the largest in history. They reminded defense officials that the ministry received a NIS 2.75 billion injection last October, in return for promising not to request additional funds until the end of 2014.

The ministry emphasized that the army’s demand for additional funds appeared contrary to the reality on the ground, as the Finance Ministry claimed this was the “least dangerous time in Israel in recent years.”

The IDF and the defense establishment are having a hard time making the case that a budgetary supplement is vital for the IDF’s ongoing functionality, and that the IDF has already begun cut costs.

They claim that the IDF has already shaved off more than 1,000 career soldiers and will see another 4,500 positions reduced within a year. IDF officials say that they will close a combat air squad, six Armed Corps divisions, an Artillery Corps division and one logistic division if the crisis remains unresolved.

Despite these severe cuts, they warned that the “reserve forces aren’t training and they’re growing rusty.”

According to a senior IDF source, “even though (NIS 4.5 billion) is a drastic cut to our budget, the public is having a hard time believing the army; they are being duped by the Finance Ministry.”

“Our problem is that we come to the debate carrying on our back an unjustified misperception of excess fat. We have been downsizing, but the public doesn’t see the change.”