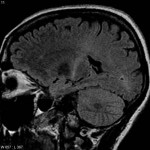 Stem cell treatment developed by Israeli company BrainStorm Cell Therapeutics has been designated by the U.S. Food and Drug Administration (FDA) as a “fast-track” treatment of amyotrophic lateral sclerosis (ALS).

The treatment, called NurOwn, is currently undergoing mid-stage clinical trials in Jerusalem and in the U.S. on patients with ALS, which is also known as Lou Gehrig’s Disease. The FDA’s designation will speed up patients’ access to the treatment.

“The receipt of fast-track designation from the FDA is an acknowledgement of the unmet medical need in ALS,” BrainStorm Chief Executive Tony Fiorino said Tuesday, according to Reuters.

“What is so valuable about fast track designation to a small company like BrainStorm is the opportunity to have increased meetings with and more frequent written communication from the FDA,” he said, adding that few other cellular therapies have received FDA approval.

The ALS Association reports that 5,600 people in the U.S. are diagnosed each year with the disease.