Israel’s Rafael Advanced Defense Systems beat out a bid by a German missile company to win a tender providing the Spike 2 missile to Australia.

The Australia Defense Ministry chose the Spike 2 to affix to its new armored fighting vehicle, the Boxer, due to its better performance and its ability to integrate with Australia’s Israeli-manufactured army control system.

Jane’s Defence Weekly reported that the competing missiles underwent firing tests at 2 kilometers to 4 kilometers (1.25 miles to 2.5 miles). The next generation “Gil” missile weights just 28 pounds, and is ideal for firing against tanks and buildings at a range up to almost 3.5 miles.

The deal is particularly significant given that Israel signed a 10-year, $38 billion military-aid package with the United States under former US President Barack Obama that would forbid Israel to spend any US aid dollars on weaponry made anywhere but America.

Knesset members have urged Israeli Prime Minister Benjamin Netanyahu to discuss the clause with current US President Donald Trump in the hopes that the restriction can be lifted. 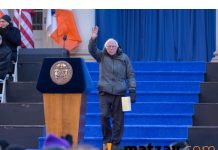 Conference of Presidents: Jewish Mission To Saudi Arabia The Result Of ‘Two Decades Of Effort’ 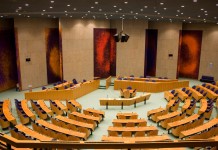 The Netherlands Reports Record Number Of Anti-Semitic Incidents In 2019