At a recent Hakhel Legal Day Yarchei Kallah Event in Flatbush, Rabbi Yisroel Belsky, Rosh Hayeshiva of Yeshiva and Mesivta Torah Vodaath addressed the topic of “The Torah Jew as Consumer: Halacha L’Ma’aseh.” Beginning with the subject of the modern applications of weights and measures, Rabbi Belsky said:

“It goes without saying that a person must make sure that his scales and measuring tools are accurate. It goes beyond the inyan of gezel, theft as he is transgressing a special prohibitory mitzvah. Even just having such an inaccurate scale in one’s store [or house] one is transgressing a serious prohibition even when the scale or weight measurement is not being used.”

A Merchant Must Not Weigh the Packaging

There are modern applications even when we have computers that have prices already calculated. A merchant has to be careful when weighing a product (i.e. nuts) to when measuring the item, not to include the weight of the packaging. To charge for the packaging or containers is nothing short of gezel.

How a person deals with others, is how Rabbi Belsky explained the way that Hakodesh Baruch Hu will deal with that individual. If one treats other according to the strict letter of the law, so too will he be treated in shomayim. A person who sells an item that he knows is defective but conceals that knowledge from the buyer cannot justify his actions by inserting in the contract the words “as is.”

Rabbi Belsky said, “What bothers me is that the merchant gets away with it because the contract included the term “as is.” Such individuals slap themselves on the back and consider themselves to be such smart fellows. A person [who behaves like this] should really not feel that he won but that he lost because he became a gazlan.”

A person who has a dispute with his landlord and decides to stop paying the rent should realize that he just committed a criminal act. He should rather carry a large banner declaring himself a gazlan or put such a notice on the back of his jacket. And when such a person looks into the mirror, he should discard all his excuses and justifications that it is just a tactic and come to terms with the fact that he is staring at an outright and shameless gazlan.

The Ideal When Bargaining is to Come to a Fair Price

While bargaining is not forbidden, Rabbi Belsky said that the ideal between both the merchant and the purchaser is to come to a “fair” price. One who pressures the seller to sell the item at a major loss has not done an honest act and the money he saved will not be “bentched gelt.”

Regarding the returning of purchased items that have lenient return policies, Rabbi Belsky said that there are cases when this is permissible. For example if one buys an item for his wife and when he brings it home, she reacts in great horror to his purchases and declares that she doesn’t want it, such a person can return it to the store with complete justification.

However, a religious Jew bought an air conditioner that had a 60-day return policy. He installed it in his bungalow up in the mountains and at the end of his summer vacation and before the 60-day deadline, he returns it to the store and requests his money back. Such an individual has done an act that Rabbi Belsky said is akin to gezel since he had no intention at the time of purchase to even possibly keeping the air conditioner. Using one’s chachma in such a manner is to use one’s wisdom in becoming a crook. Such a person should not be interested in finding heterim for such acts of gezel.

We are in this world not to rob other people. If a person has an idea about an action and wonders whether or not he should do such a business transaction, he should discuss it with a rav and thereby know for sure that all his actions are proper. 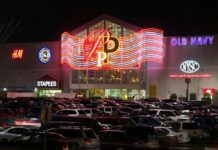