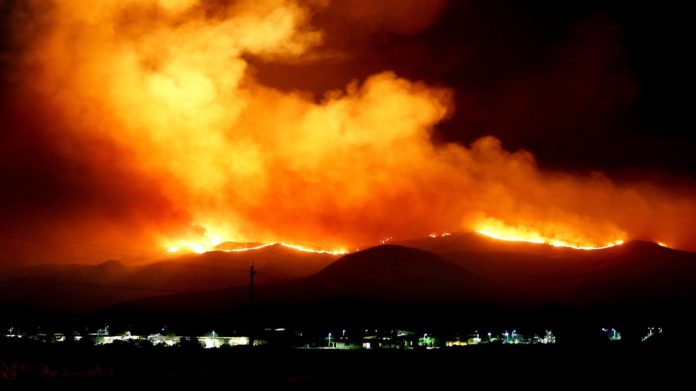 Around half a million people in Oregon, or 10% of the state’s population, were ordered to evacuate on Friday and residents of its largest city, Portland, were told to be ready to go as extreme wind-driven wildfires scorched U.S. West Coast states, causing at least 24 deaths.

About 100 wildfires have burned an area nearly as large as the state of New Jersey across the U.S. West, creating smoke that gave California, Oregon and Washington state the worst air quality levels in the world.