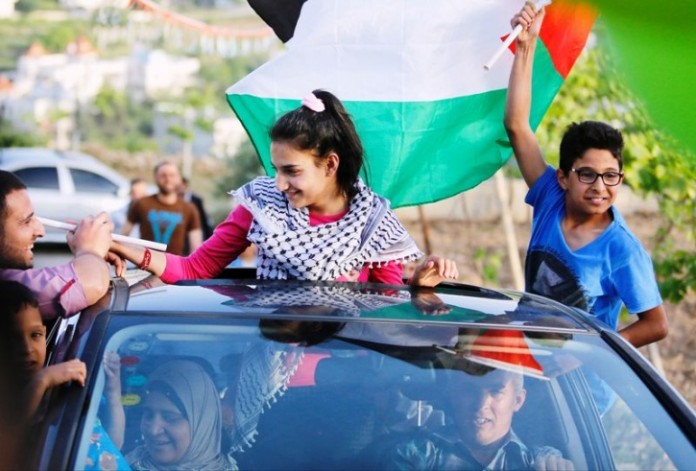 Israel’s youngest jailed terrorist, 12-year-old Dima al-Wawi, who was caught with a knife outside the West Bank community of Karnei Tzur near Chevron and confessed in a plea bargain agreement that she intended to kill Jews, was released at the request of her parents after her already reduced sentence of four-and-a-half months was cut by another six weeks.

She received a hero’s welcome upon her return to the West Bank. Music blared and drivers honked in the streets. A welcoming committee included PA governor of Tulkarem, Abu Bakr, who stated, “The detention of children is a crime against humanity.” Bakr also accused Israel of practicing “the ugliest means of suppression and torture against Palestinian children.”

Haaretz reports that between late September and early February, the number of imprisoned Palestinian minors under 16 spiked from 27 to 103 and included five minors under the age of 15. To fight juvenile terror, Israel introduced a fine of 100,000 shekels on parents of minors caught throwing stones at civilians and security, and has suspended social welfare payments to Israeli families of minors serving prison sentences. The incarceration age for terror offenses has been lowered from 14 to 12.