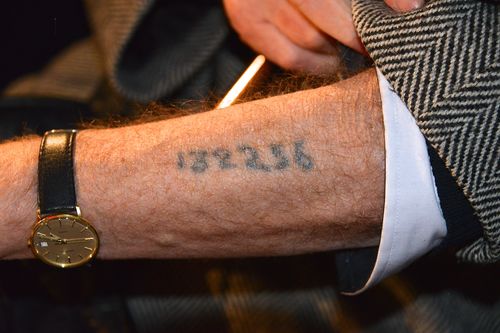 At 11 p.m. on the night before the noon funeral of Eddie Ford on Jan. 31, Rabbi Zale Newman posted the request for members of the Jewish community to attend the Levaya.

Ford had survived the Holocaust by being hidden with a Christian family. Ford renewed his interest in Judaism while hospitalized, and one of his last requests, Ynet reported, was to have a Jewish funeral.

In response to the Facebook post, Newman wrote in a follow-up, three people responded that they would attend. But when he arrived at the cemetery there were lines of cars as the post, having been shared through social media, reached hundreds of people.

“I am in tears just thinking about how humbling and awesome it is to be part of the Jewish People, who on very short notice would drop everything, leave whatever they were planning on doing, drive a long distance, to stand outside in an open field, on a super freezing, blowing, windy day to escort a sweet, little Jew from Budapest, who was unknown to almost all them, on his final journey,” the Rabbi wrote in a follow up essay. “And so tell me, WHO is like you, dear Nation of Israel?? G-d clearly chose wisely.”