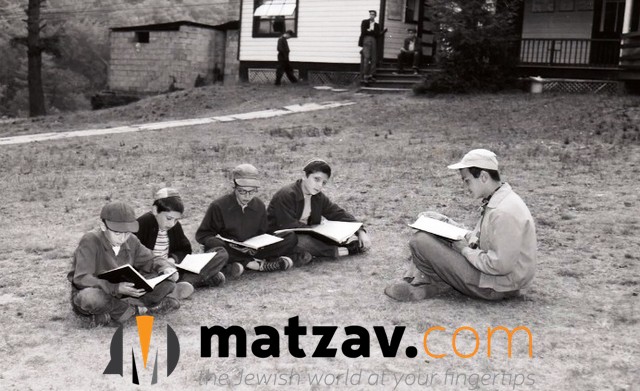 Back in 1942, while the guns of Europe were still blazing, Reb Elimelech Gavriel (Mike) Tress, together with several other young Agudah activists, saw the need for Jewish children to spend their summers in a healthy, Orthodox Jewish environment, as opposed to “hanging out” on the city streets. Thus, Camp Agudah was born.

In the early years, the camp attracted, predominately, campers from non-religious homes, as well as young refugees from the ravages of Churban Europe. The “ruach” of Camp Agudah proved to be a spiritual, as well as physical, lifeline for thousands of Jewish children, in those early years.

Today, as this summer’s 75th year of Agudah camping approaches, many of those responsible for the founding, and subsequent success, of Camp Agudah throughout the years will be feted at the 94th Anniversary Dinner of Agudath Israel of America at the Hilton NY on Sunday, June 5, 2016. This is not just a historical milestone, it is a testament to the heroes in our history who rose to face the challenges of a fledgling religious Jewish community in the United States – and created a response that sparked a revolution – the impact of which is felt, even today, by every frum child who attends camp, anywhere. And it is an event which we hope you will join.

Highlighting the evening will be a documentary film, produced by Aryeh Gelbard, with footage dating back to the 40s and early 50s, shot in Highmount, and then in Ferndale, NY. Some of the ‘stars’ featured in the video include: Mike Tress, Rabbi Boruch Borchardt, Rabbi Yaakov Teitelbaum, Rabbi Syshe Heschel, and Rabbi Chaim Yisroel Belsky zichronom l’vrocho. Also featured prominently is Meir Frischman, whose extraordinary devotion as director of the camp for the past 40 years will be marked at the Dinner.

Appearing in the video include such notables as Rabbis Nosson Scherman, Paysach Krohn, Mordechai Finkelman, Michoel Levi, Naftuli Hertz Basch, Yisroel Gelbwachs, Yehuda Frankel and Yehuda Oelbaum, as well as a slew of camp veterans who have made their marks in Klal Yisroel, in part, as a result of their positive experiences at Camp Agudah.

A short video trailer has been released to whet your appetite; no one who has ever benefited from Camp Agudah, or its offshoots, should miss this historic gathering.