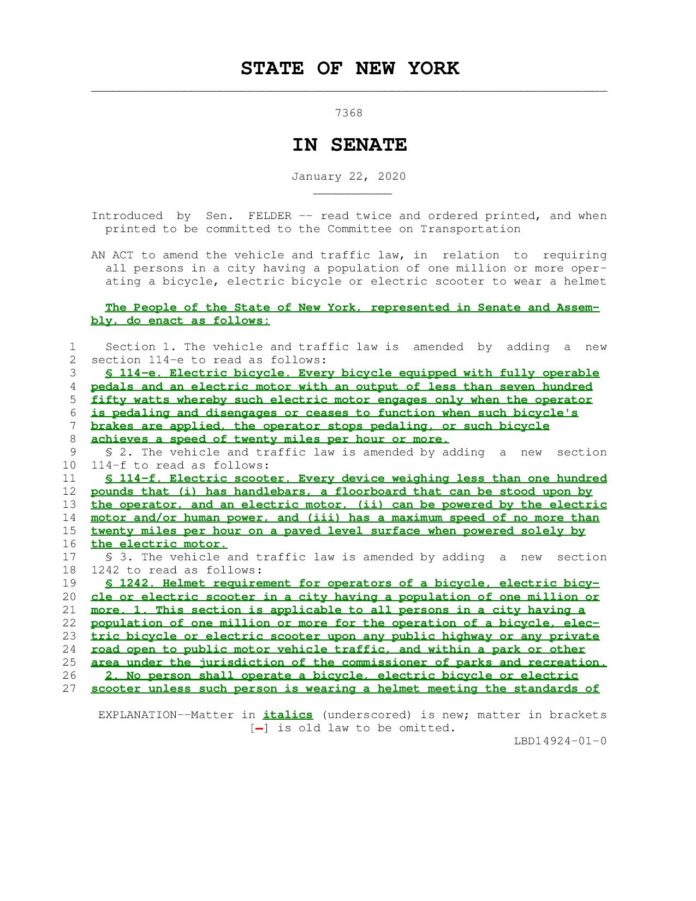 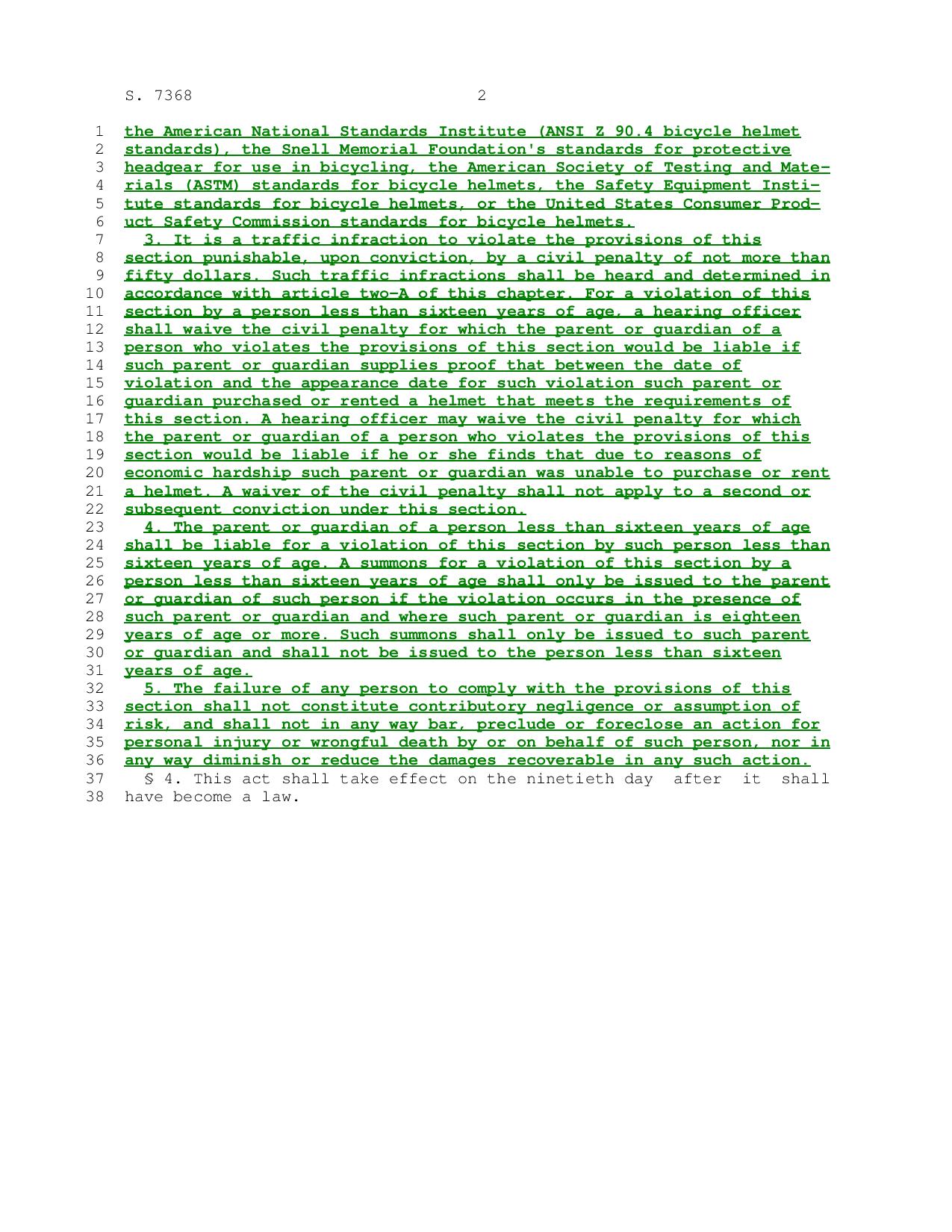 Senator Simcha Felder proposed legislation on Tuesday in response to the Governor’s sanction of e-bikes and e-scooters in the 2020 NYS budget. The bill (S7368) requires helmet use by every individual riding a bicycle, e-bike or e-scooter in a city with a population over 1 million.
“When legalizing these additional modes of transportation the overriding concern is how to keep New Yorkers safe, especially on highly congested city streets. All the evidence points to the same conclusion- we must mandate helmet use,” said Senator Felder.
Fatalities make headlines, but according to the Centers for Disease Control and Prevention, serious injury is far more common. For every cyclist involved in a fatal accident, eight end up hospitalized and another ninety-nine receive treatment in the ER. The Insurance Institute for Highway Safety, reports that serious head trauma accounts for most bicyclist deaths, and helmet use reduces the odds of head injury by an estimated 50 percent.
New York City reached the same conclusion. Four commissioners, from the Departments of Health and Mental Hygiene, Parks and Recreation, Transportation and the NYPD, issued a joint report on Bicyclist Fatalities and Serious Injuries. After examining their collective data, they concluded that, “these data suggest that helmet use is a critically important protection for all bicyclists.”
NYS already mandates helmet use for bicycle riders up to age 14. The Governor’s bill mandates helmets for e-bikes and e-scooters for riders aged 16 and 17.
“To prevent serious injuries and save lives, New York City needs one uniform policy for all two-wheel vehicles on its streets. With lives on the line, inaction would be a crime,” concluded Senator Felder.