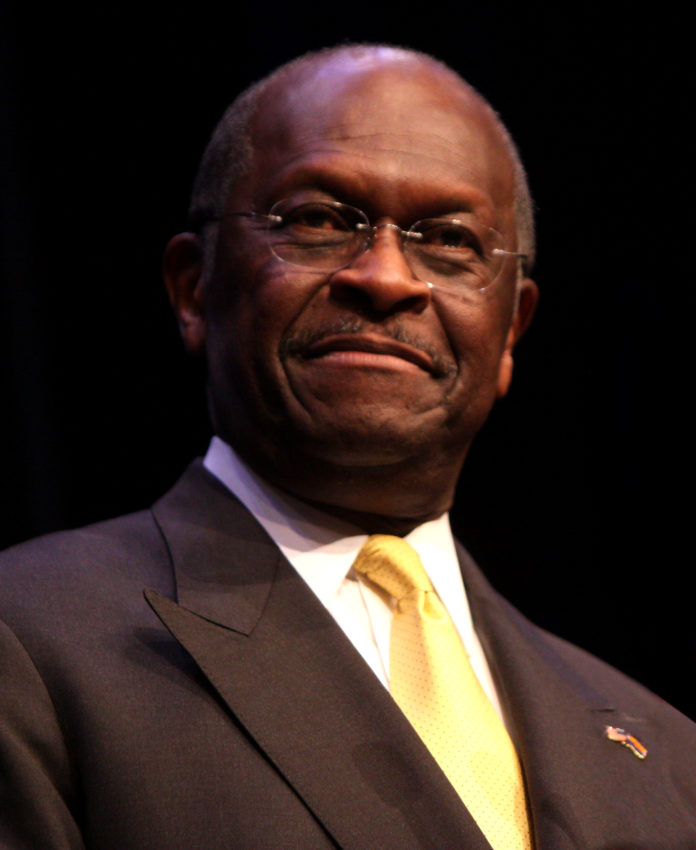 Herman Cain, the former pizza chain executive who ran in the Republican presidential primary in 2012, has been hospitalized with COVID-19 less than two weeks after attending President Donald Trump’s campaign rally in Tulsa, Okla.

Cain, 74, learned that he tested positive for the virus Monday, and by Wednesday required hospitalization for his symptoms but is not on a ventilator, according to a statement on his Twitter account.

“There is no way of knowing for sure how or where Mr. Cain contracted the coronavirus, but we do know he is a fighter who has beaten Stage 4 cancer,” the statement says.

While it is unclear where Cain contracted the disease or how long he had it, Cain was among the several thousand attendees at Trump’s Tulsa rally, most of whom did not wear masks.

Cain, whom Trump considered as his nominee for Federal Reserve chairman, wrote an opinion article about his experience in Tulsa. He described the rally as “electric” and derided media reports that characterized the rally as a bust. The Trump campaign shut down an outside overflow viewing party because of low attendance. The campaign had boasted of 1 million ticket requests, but a little more than 6,000 people partly filled the arena that can hold 19,000.

“The atmosphere was electric, and the president’s words were inspiring,” Cain wrote in The Western Journal, a conservative news outlet. “He presented a vision for uniting the country, overcoming the remaining effects of the pandemic and reinvigorating an economy he had going strong before the coronavirus showed up.”

The coronavirus that ravaged the nation in the spring and forced almost all business and activity to a halt has flared again recently in many states.

After the rally, dozens of Secret Service agents and officers who were there were ordered to self-quarantine for two weeks. Hours before Trump’s rally, it was discovered that six advance staffers, including two Secret Service employees, had tested positive for covid-19, the disease caused by the novel coronavirus. Two more advance staffers tested positive after returning to Washington.