President Donald Trump agreed with his critics this evening that his use of social media is not presidential. He tweeted instead that his Twitter use is “modern day presidential.”

Returning to Twitter after a morning tirade bashing CNN, NBC hosts Joe Scarborough and Mika Brzezinski, and reiterating claims of voter fraud, the president criticized the “fake and fraudulent news media” for “working hard to convince Republicans and others I should not use social media.”

Several Republicans have criticized Trump’s social media use after he tweeted personal attacks against Scarborough and Brzezinski on Thursday. Read more at ABC NEWS. 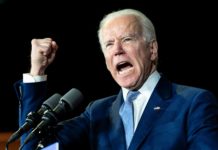