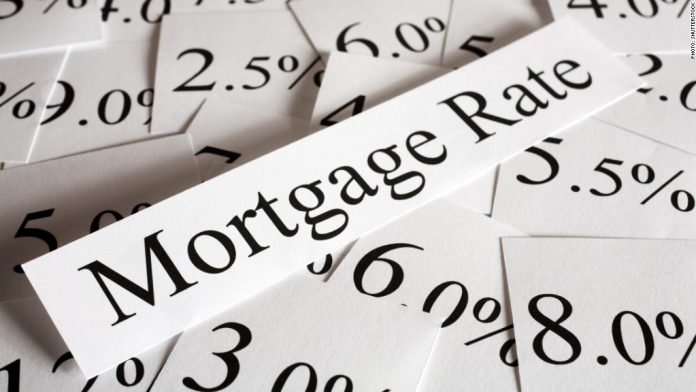 Mortgage rates, which had begun to move higher ahead of the Federal Reserve’s decision to increase its benchmark rate, rose again this week.

According to the latest data released Thursday by Freddie Mac, the 30-year fixed-rate average leaped to 4.3 percent with an average 0.5 point. (Points are fees paid to a lender equal to 1 percent of the loan amount.) It was 4.21 percent a week ago and 3.73 percent a year ago.

Steady job growth, the anticipation of higher short-term interest rates and rising inflation expectations pushed home loan rates to their highest levels since December. The Fed’s decision to raise the federal funds rate came too late to be factored into Freddie Mac’s survey. The government-backed mortgage-backer aggregates current rates from 125 lenders from across the country weekly to come up with national average mortgage rates.

“As expected, the Fed announced its first rate hike of 2017 and hinted at additional increases throughout the remainder of the year,” Sean Becketti, Freddie Mac chief economist, said in a statement. “Although our survey was conducted prior to the Fed’s decision, the release of the February jobs report all but guaranteed a rate hike and boosted the 30-year mortgage rate 9 basis points to 4.30 percent this week. Increasing inflation, continued gains in the labor market and the Fed’s intentions for further rate increases – all three will keep pushing mortgage rates up this year.”

Historically, the central bank’s moves have little effect on mortgage rates. Home loan rates tend to spike immediately before the Fed’s decision but then settle in. Most economists continue to predict that rates will remain below 5 percent through 2017.

Wednesday’s “widely anticipated interest rate increase is a reflection on the broad-based strength of the U.S. economy, and already partially priced into mortgage markets,” Svenja Gudell, chief economist at Zillow, said in a statement. “Rising rates pose just a modest headwind for home shoppers in the priciest housing markets. For the typical American home shopper, implications of [Wednesday’s] vote should only increase their monthly mortgage payment by about $16, or about $197 per year. Tight inventory remains a much more pressing concern for home shoppers today, a situation that is unlikely to ease in the months ahead.”

The refinance share of mortgage activity accounted for 45.6 percent of all applications.