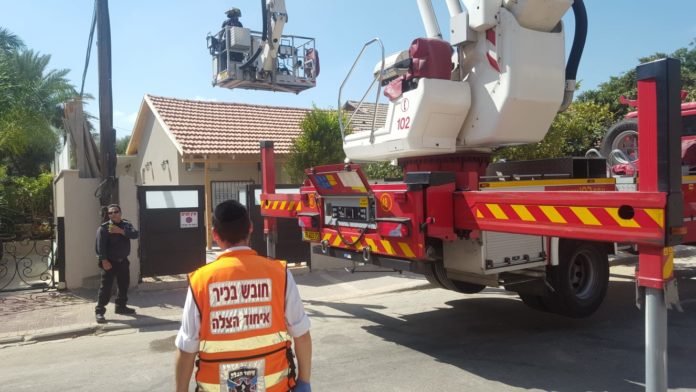 A 35-year-old man from Petach Tikva is in serious condition after he was electrocuted while fixing a boiler on the rooftop of a building on Heh Iyar Street in Petach Tikva.
The man lost consciousness and was treated at the scene by United Hatzalah volunteers after the fire department extricated him from the roof.

United Hatzalah volunteer EMT Meir Samama who was one of the first responders at the scene reported: “We performed CPR on the roof of the building until the Fire Department was able to bring a crane to extricate the man. After he was brought down to the street he was transported to the hospital while still undergoing CPR. He was in critical condition when he was brought to the hospital.”