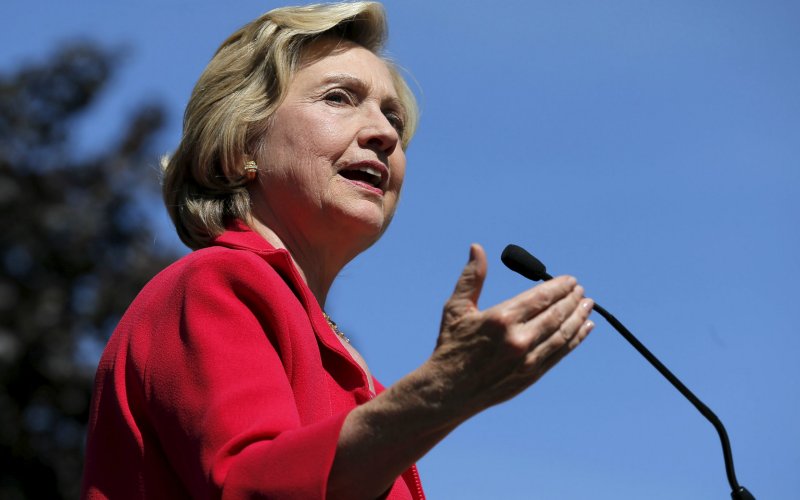 In the wake of a scathing inspector general’s report regarding her exclusive use of a private email server while serving as secretary of state, Hillary Clinton didn’t say much. But what she did offer up – in an interview with Univision’s Maria Elena Salinas in California – showed, yet again, that Clinton will stick to her story on her email server even if the increasingly indisputable facts get in the way.

“It’s the same story. Um, just like previous secretaries of state, I used a personal email. Many people did. It was not at all unprecedented. I have turned over all my emails. No one else can say that. I have been incredibly open about doing that. I will continue to be open. And it’s not an issue that is going to affect either the campaign or my presidency.”

Now, a few bits of context.

1. “Um, just like previous secretaries of state I used a personal email. Many people did. It was not at all unprecedented.”

Er … yes, previous secretaries of state have used personal email addresses while in office – Colin Powell most notably and extensively. But, and this is really important, Clinton is the first secretary of state to ever use a private email address exclusively to conduct her business. Period. That was and is unprecedented.

2. “I have turned over all my emails. … I have been incredibly open about doing that.”

The inspector’s report notes Clinton (a) shouldn’t have exclusively used a private server for her email correspondence and (b) given that she did, should have turned over all of her correspondence to the State Department immediately after she left office in February 2013. Clinton eventually turned over a portion of her emails – more on that below – but didn’t do so until December 2014 and “only after the State Department requested them as it prepared responses for the Republican-led House committee investigation into the 2012 attack on U.S. diplomats in Benghazi, Libya,” according to a piece by WaPo’s Roz Helderman and Tom Hamburger.

As for Clinton’s assertion that she has turned over “all” of her emails, remember that Clinton deleted more than 31,000 emails that she deemed personal before ever turning anything over to the State Department. There was no third party brought in to make judgments on what was entirely private and what might be closer to the professional line. We have to, quite literally, take Clinton’s word for it.

Clinton refused to sit down with the inspector general at the State Department, which is not exactly a testament to her commitment to openness. According to news reports, she has not yet been interviewed by the FBI, but there is an assumption that talk is coming.

4. “It’s not an issue that is going to affect either the campaign or my presidency.”

This is a subjective assertion and, therefore, sort of impossible to fully prove or disprove. But, there is plenty of polling evidence that suggests that voters aren’t convinced that Clinton is being entirely truthful in relation to her email server.

And, it’s not a far leap from voters doubting Clinton’s honesty about her email setup to broader doubts about her veracity. Large majorities of Americans regularly tell pollsters that they don’t view Clinton as either honest or trustworthy – a massive hurdle that Clinton will have to clear between now and November.

There remains zero allegation of criminal wrongdoing by Clinton in all of this. And what she continues to say about why she set up the email server and whether she was allowed to has pieces of truth in it. But, it isn’t totally true. And she has to know that.