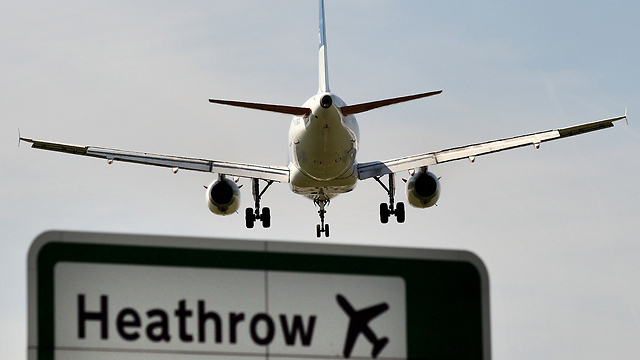 A catastrophic computer outage crippled one of the world’s busiest flights hubs on Saturday, forcing British Airways to cancel all flights out of two London airports, leaving terminals in chaos and countless passengers stranded.

“Today we have experienced a major IT system failure that is causing very severe disruptions to our flight operations worldwide,” British Airways chief executive Alex Cruz said in a video message, as reports spread of errors on its website, ticket machines and behind-the-scenes technical infrastructure.

Cruz wore a yellow safety vest as he spoke near Heathrow Airport, where baggage piled on the floor and gate information had to be written on a whiteboard. British Airways canceled all departures there and at nearby Gatwick Airport. Flights were supposed to resume Saturday evening, but the airline later announced that none of its planes would leave the airports before Sunday.

One passenger told the wire service she couldn’t even transfer to another flight because “they can’t bring up our details.”

All this on one Britain’s busiest traveling days, as the Guardian noted: At the beginning of a long weekend, as students were on a break from school.

While only British Airways departures from two airports were directly affected, a cascade of problems rippled around the world. For example, the BBC reported, planes trying to land at Heathrow were unable to park due to all the jets clogging the gates. Other outlets reported cancellations to London from other countries.

One passenger, British journalist Martyn Kent, said on Twitter: “Sat on plane at Heathrow for hour and a half now. @British_Airways Captain describes IT problem as “catastrophic” Other stuck passengers passed the time sharing photos and video of disorder in the terminals.

Cruz, the chief executive, said a power supply problem is believed to have triggered the crisis. A British Airways spokeswoman told The Washington Post “there’s no evidence it’s a cyber attack.”

A trade union blamed it on layoffs and outsourcing of tech jobs, according to the Associated Press.

“This could have all been avoided,” Mick Rix, national officer for aviation at the GMB union, told the wire service. “We can only feel genuinely sorry for the tens of thousands of passengers who are stranded at airports.”

British Airlines representatives repeatedly apologized for the problem on its Twitter account – which did not go down with the other system, and thus hosted a barrage of complaints throughout the day.

The Telegraph reported that the company’s entire website went down for about two hours.

“We are extremely sorry for the inconvenience this is causing our customers during this busy holiday period,” an airline spokeswoman said in a statement on Saturday.

The company says “most long-haul flights due to land in London tomorrow” should arrive on time, though “delays and disruption may continue.”