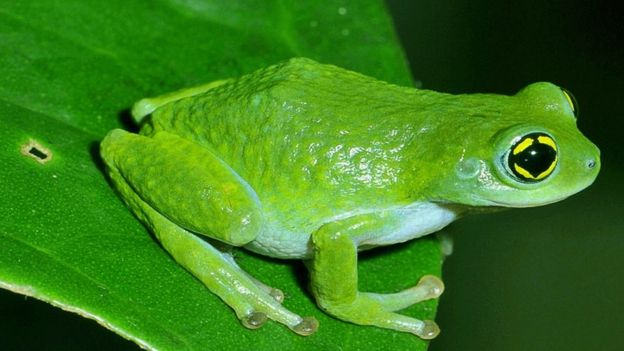 A woman from San Dimas, Calif., tells Fox News she was “beyond grossed out” after finding a dead frog in a salad she ordered from BJ’s Restaurant and Brewhouse.

Cepeda and her family were dining at the BJ’s in West Covina when she claims she noticed something off about her salad — but only after she took several bites and tasted something “a little sour,” reports the San Gabriel Valley Tribune.

“I see something kind of rolled up,” Covina told the Tribune. “I passed it to my husband. I asked, ‘Is that a piece of lettuce?’”

To Cepeda’s horror, her husband and daughter surveyed the salad and broke the news that, no, it wasn’t lettuce.

In her subsequent one-star Yelp review, Cepeda, 40, says she notified the manager about the unwanted fixin’, but he only offered to comp her meal.

BJ’s Restaurant and Brewhouse has since reached out to her, offering her an apology along with a $50 gift card, but Cepeda says she is “never eating there again.”

“I would have been fine with the ‘I’m sorry,’ and that’s it.” Read more at Fox News.