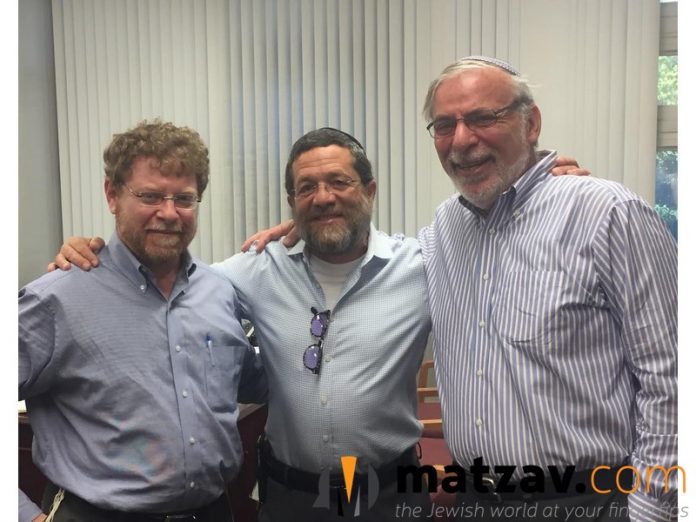 Dov Hikind’s office was the scene of an emotional reunion on Monday, June 26, when Jacob “Yanky” Ostreicher visited the Assemblyman and his senior staff. Dov and Yanky embraced.

Despite hours on the phone during Ostreicher’s illegal incarceration in Bolivia and following his miraculous escape, the two men had not met face-to-face before. Since escaping from Bolivia, where he was jailed for two years without being charged with a crime, Ostreicher has made his home on the west coast.

Dov introduced Yanky to members of his staff who had also labored behind the scenes for days and days on end, working every angle in an attempt to free their fellow Jew.

“You were the first one who made any noise—the first one who tried to help me,” said Yanky. The two reminisced about the protests that Dov led at the United Nations, the phone calls back-and-forth to Bolivia, and his ceaseless battle to bring attention to Ostreicher’s plight. “My brother never gave up, you never gave up, and HaShem runs the world.”

Dov stressed how the news of Yanky’s incarceration led to one thought only: “What if that was me sitting in a prison in a foreign country? How would I want people to respond? That’s how we’re taught to feel and that’s how we’re supposed to respond. And my great reward is seeing you now here in my office.”