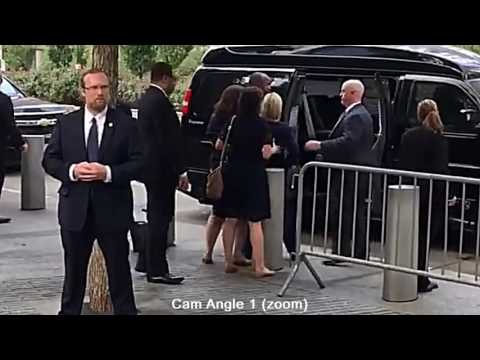 It’s been a long year.

As stories of Hurricane Irma dominate the headlines today, it is fascinating to look back and see how far we’ve come since last year’s 9/11 headlines.

On today’s date in 2016, the story on every TV station was about then candidate Hillary Clinton, who was videoed stumbling into a van after attending a 9/11 memorial service at Ground Zero.

Questions over whether Clinton, who was seen at the time as the runaway to win the Presidency, was hiding some sort of illness, such as Parkinson’s, threatening to ruin her run.

The Clinton campaign later put out a statement assuring voters that Clinton merely suffered from exhaustion as a result of pneumonia, which would in no way affect her abilities to command the Oval Office.

But less than two months later Clinton’s health would no longer matter, after Election Night shocked the nation and Clinton fell short to adversary Donald Trump.