Palestinian postal workers have begun the daunting task of sorting through more than 10 tons of mail that were delivered by Israel nearly a decade late.

Allam Moussa, the Palestinian Authority’s minister of communications, said the backlog of mail, which dates back to 2010, was allowed in from Jordan after long negotiations with Israeli authorities. He accused Israel of delaying the delivery.

“Every day we receive dozens and dozens of complaints from people about what happened to their mail,” said Hussein Sawaftah, head of the Palestinian postal service. “People will be happy to finally receive it.” But many items, he added, were damaged and broken.

The mail will take at least four weeks to deliver, a process that would begin after the Eid al-Adha holiday later this month, Sawaftah said.

The Israeli Defense Ministry body known as COGAT (for Coordinator of Government Activities in the Territories), which implements official Israeli policies on civilian matters in the occupied West Bank, told the Times of Israel that the release was part of confidence-building measures after the two sides agreed on a postal entry deal “about a year ago.”

The deal had “allowed a one-time transfer of approximately 10.5 tons of mail that had been held in Jordan,” COGAT told the newspaper.

Sawaftah said Israel agreed to release the mail ahead of a Universal Postal Union conference, which is held every four years and is due to take place in Ethiopia in September. Palestinian officials have previously used the forum to complain about Israel’s stoppage of their mail deliveries, he said. 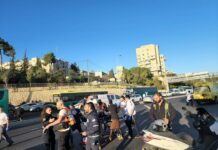 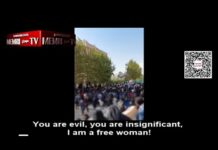