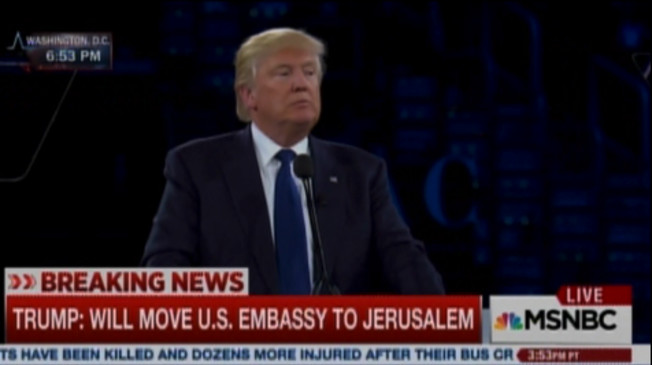 AIPAC’s leadership has expressed regret to President Barack Obama for an attack on him from its stage by Donald Trump, and for the loud applause it earned, reports JEWISH JOURNAL from JTA.

Trump said last night, “With President Obama in his final year –“ Then he stopped himself and said “Yay!” Cheers, laughter and applause arose from the crowd. “He may be the worst thing to ever happen to Israel, believe me, believe me,” Trump said. “And you know it and you know it better than anybody.”

“While we may have policy differences, we deeply respect the office of the President of the United States and our President Barack Obama,” Lillian Pinkus, president of the American Israel Public Affairs Committee, said today.

“There are people in our AIPAC family who were deeply hurt last night and for that we are deeply sorry,” Pinkus said, her voice choking, according to JEWISH JOURNAL. “We are deeply disappointed that so many people applauded a sentiment that we neither agree with or condone.”

“We take great offense at those that are leveled against the president of the United States of America from our stage,” she said.