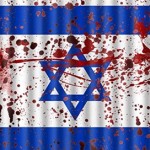 The Internet retail giant Amazon has agreed to remove several products featuring a bloodstained Israeli flag following outrage and condemnation by the Israeli government and consumers.

A number of items featuring the same bloodied flag were available for purchase on the website through third-party sellers that are hosted by Amazon.com. These items included a cell phone cover, shower curtain, welcome mat, mouse pad, an umbrella, and a throw pillow. Prices ranged from $7.99 for the mouse pad to $34.99 for the shower curtain before the items were removed.

The Israeli Foreign Ministry said before the removal that it was “shocked and revolted in light of Amazon’s agreement to sell anti-Israel and anti-Semitic products of the worst kind,” Israel’s Channel 2 reported.

“This kind of product spreads hatred, racism, and violence—and we call on the Amazon company to immediately stop selling these items,” said the ministry.